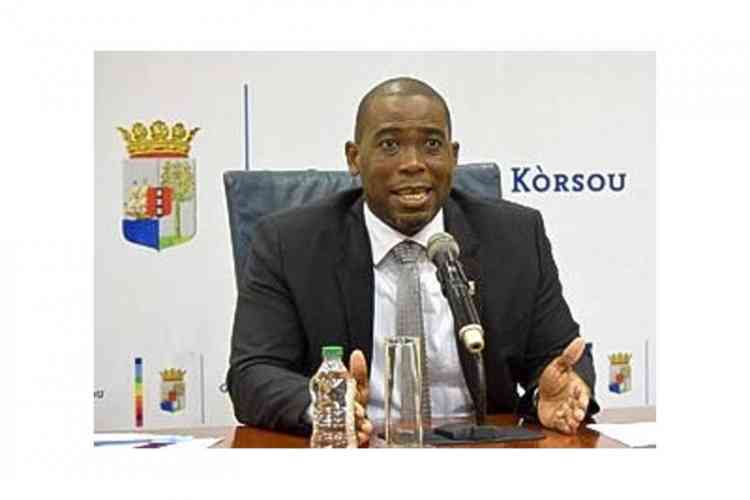 THE HAGUE–While the Curaçao government is sticking to its policy to deport undocumented Venezuelan immigrants, the Second Chamber of the Dutch Parliament wants clarity on the way Curaçao deals with refugees from the South American country.

“Curaçao refutes the perception of violating human rights. More than nine per cent of the population now consists of Venezuelan refugees,” the Curaçao government responded to the Amnesty International report that was released on Monday (see related story).

“Curaçao has given shelter to some 8,000 Venezuelans who are eligible for a residency permit, since 2012. That is five per cent of the population. Aside from that, preliminary results of the investigation show that there are currently more than 6,000 undocumented Venezuelans on the island. In total more than nine per cent of the population is the direct result of the migration flow from Venezuela,” said Minister of Justice Quincy Girigorie.

In the press release, which also has been distributed in the Netherlands due to the attention that the Amnesty International report received in the Dutch media, a comparison was made with the number of refugees that the Netherlands has taken in. The Netherlands gives shelter to about 250,000 refugees, or 1.45 per cent of the population. “The Netherlands would have to accommodate 1.5 million refugees in order to be in the same situation as Curaçao.”

According to Minister Girigorie, the social consequences of the situation are major. The smuggling of narcotics and illegal weapons from Venezuela has increased considerably in the past three years. These illegal goods are transported on the boats along with the Venezuelan refugees.

Human trafficking has increased substantially, and the phenomenon “trago girls,” play girls who seduce clients at bars to buy them a drink in return for flirting and sometimes more than that, has been introduced. Some of these girls also work in illegal prostitution. An estimated 2,000 illegal prostitutes, almost entirely from Venezuela, are in Curaçao.

The undocumented Venezuelans also present a problem for the already fragile local labour market with an unemployment rate of 18 per cent. The labour market cannot absorb the unfair competition of some 5,000 cheap undocumented workers, which represents half of the local unemployed population on the island.

“For this reason it is not strange that Curaçao, just as all other neighbouring countries, is fighting tooth and nail to deal with the situation,” stated the minister, who mentioned that the island’s capacity to absorb was simply very limited and that the burden on security, the social and health care systems, the local economy and education was great.

The Second Chamber in the Netherlands immediately reacted to the Amnesty International report. The Democratic Party D66 intends to seek clarity from the Dutch government during the weekly question hour in Parliament today, Tuesday. D66 said on Monday that it was worried about the manner in which Curaçao treated Venezuelan refugees. The party wants to know how the Netherlands can assist Curaçao to secure the fundamental rights of the refugees.

Kingdom Minister of Foreign Affairs Stef Blok wants the European Union (EU) to be more active in the “Venezuela case.” The minister stated this during a recent meeting with his EU colleagues. According to Blok, several colleague ministers called attention to the situation in Venezuela and the (possible) consequences for the countries (including the Kingdom parts) in the region. The ministers asked for a larger European effort in both the humanitarian and political areas.

The Curaçao government stated on Monday that it lamented that in the Amnesty International report the perception was created that Curaçao had violated human rights in connection with Venezuela’s migration crisis.

Minister Girigorie did agree with Amnesty’s findings where it concerned the detention facilities for undocumented immigrants and the communication to this group of refugees about protection procedures. The Curaçao government has taken concrete steps to improve these aspects.

The rights of undocumented persons in detention are taken into consideration. This group is being treated differently than those who are locked up on the basis of criminal law. The minister recognised that there was room for improvement where it concerned the detention facilities for undocumented immigrants, especially as their numbers have been doubling every year since 2015.

Girigorie emphasised that despite the enormous impact of the influx of Venezuelans, Curaçao did keep to international laws and regulations as stated in the treaties of which Curaçao is a co-signee. Curaçao is not a member of the international treaty regarding the status of refugees and does not have local laws in this area.

This means that Curaçao does not grant asylum to political refugees. As a member of the European Human Rights Treaty, Curaçao does stick to the so-called principle of non-refoulement, which means that government cannot deport a person if he or she runs the risk of being tortured or punished inhumanely back home.