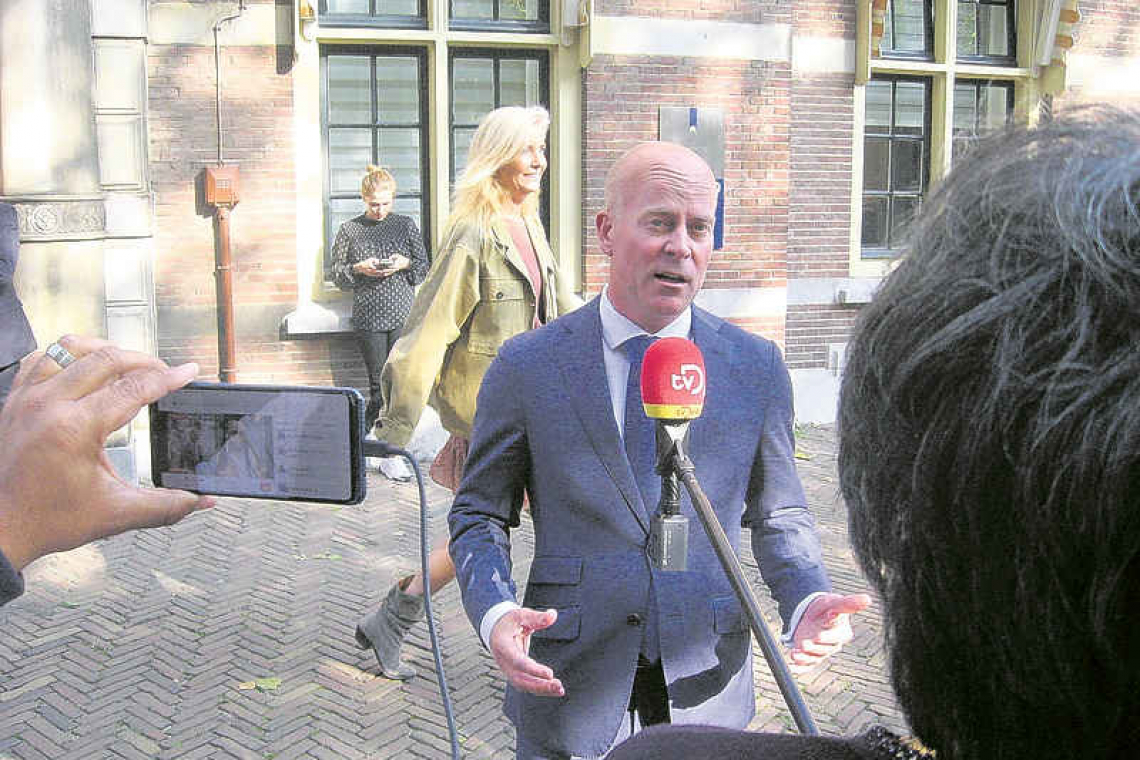 WILLEMSTAD—An appeal from Curaçao to send the amended Kingdom Act to establish a Caribbean Body for Reform and Development COHO back to the Council of State regarding its possible infringement on the Dutch Caribbean country’s autonomy before approving it was denied by the Kingdom Council of Ministers in The Hague on Friday.

Finance Minister Javier Silvania had flown to the Netherlands to make this request but was overruled. State Secretary of Home Affairs and Kingdom Relations BZK Raymond Knops said afterwards that the draft bill had subsequently been accepted unanimously.

It will go back to the Council of State for an urgent advice on another part of the law proposal, namely a clearer description of the relation between the Committee for Financial Supervision CFT and the COHO 2.0. That will take about two weeks, after which it will be submitted to the four parliaments in the kingdom.

Curaçao had previously submitted the draft for review by its own Advisory Council to see whether the amended proposal sufficiently guarantees it the country’s autonomy.

According to the advice, it is up to government to weigh up the various interests that are at stake and what the benefits will be. The council concluded that it would not approve the bill for the time being

However, statements made by the Curaçao minister on radio in the Netherlands did not go down so well with Knops. Silvania said the Pisas Cabinet does not approve of the amended COHO bill.

Interviewer Natasja Gibbs asked him how this could be reconciled with a press release distributed a few weeks ago in which Prime Minister Gilmar Pisas stated that the amended bill "does justice to our autonomy and offers better financial and social perspectives to the people."  Silvania replied that the text of the press release was written by the BZK-ministry that would have threatened to pull out from the deal if Willemstad did not agree.

That accusation was considered particularly serious, because it gives the impression that blackmail practices are taking place. Even in government circles on the island not everyone was reportedly happy with the statements of their own minister.

Knops rejected these allegations, emphasising that full agreement had been reached earlier, of which he reminded the Curaçao prime minister.

However, Pisas during an urgent press conference on Friday afternoon said they had been left with no choice. He argued that government was with its “back against the wall” because of risk still much-needed liquidity support would be ended while 10,000 people still receive grocery vouchers.