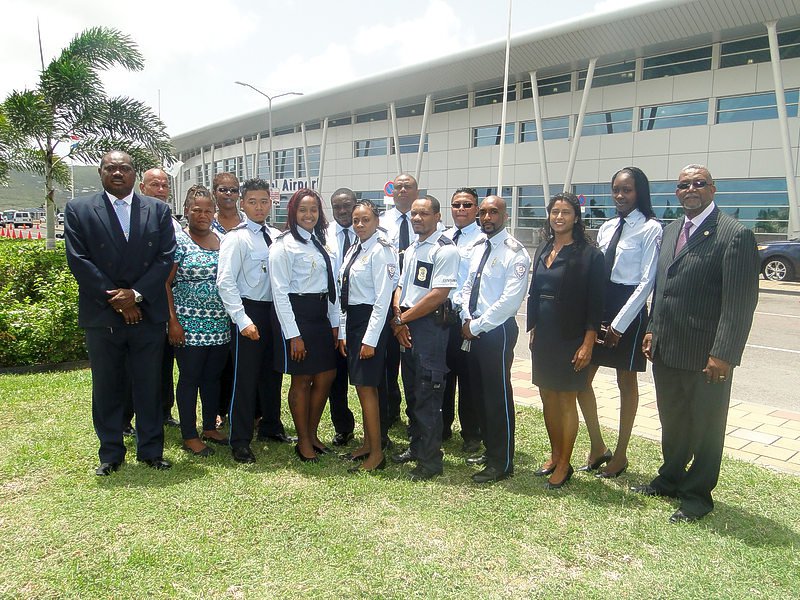 AIRPORT–Twelve Customs Officers were sworn in by Minister of Justice Edson Kirindongo in the presence of Customs Department head Anthony Doran during a short ceremony at Princes Juliana International Airport SXM at 10:30am Monday, July 11.

These officers already had been temporarily sworn in and were carrying out their duties as Bavpols (“Buitengewone agents van politie”). The officers are now officially sworn in as full-fledged Customs Officers.

Kirindongo congratulated all of the officers after the swearing-in and explained to them how important the job they do is for St. Maarten. He said the community was depending on them to do their job with integrity, in an efficient, fair and transparent manner.

Doran also congratulated the officers and encouraged them to continue doing the great work they were doing and to be an example to others, mainly the youth of St. Maarten.