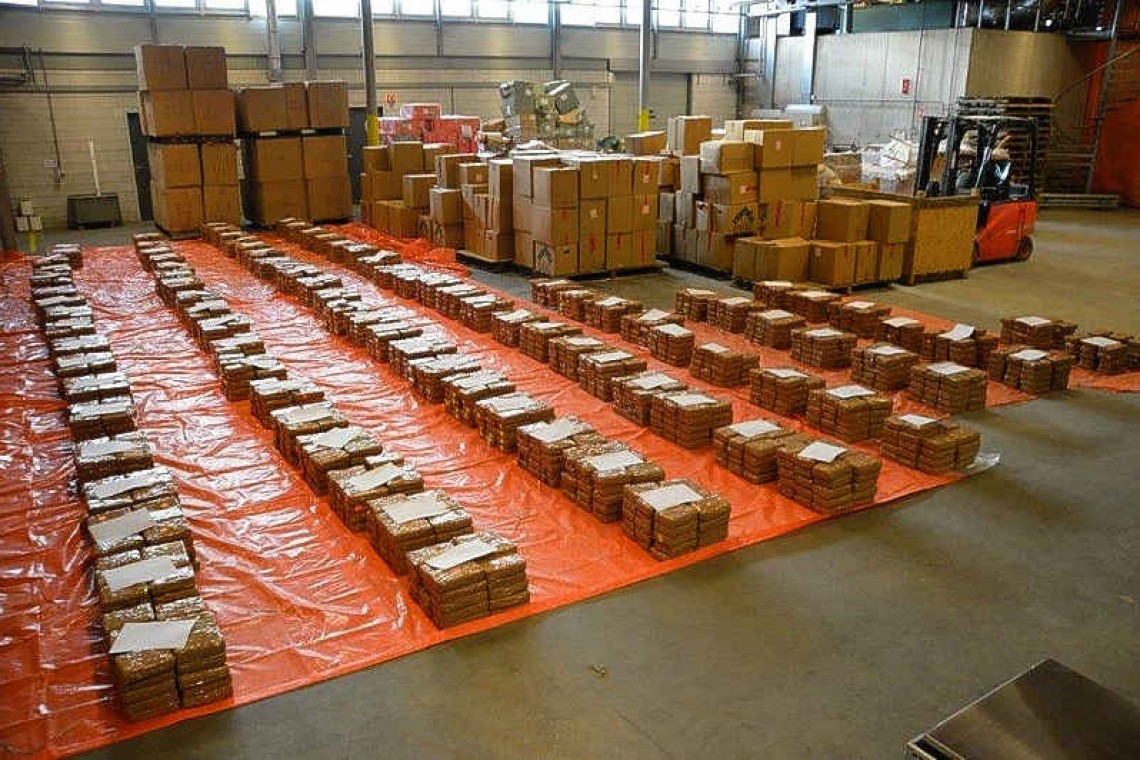 AMSTERDAM–Customs officers in the Netherlands and abroad prevented more than 115,000 kilos of cocaine from reaching the country in 2020, the Customs Office has said.

Dutch Customs officers impounded some 48,000 kilos of cocaine in the ports and at Amsterdam Schiphol Airport, an increase of 24 per cent compared to 2019. International partner organisations intercepted another 67,000 kilos destined for the Netherlands. Thousands of parcels and 3,000 letters sent from the Netherlands containing synthetic drugs were also intercepted, as well as more than 9,000 kilos of qat and a tonne of hashish.

“These figures show that the Customs service has an important role to play in combating organised drugs crime. But at the same time, we have to remain critical and ask ourselves whether we are doing enough and whether we are tackling this in the best way possible,” Customs director general Nanette van Schelven said.

She said that close cooperation with police and Customs in South America, which are close to the production and distribution bases, had been key to dismantling smuggling networks at an early stage. The parcels and letters containing synthetic drugs from the Netherlands were intercepted thanks to more intensive postal checks, she said.

The figures come as police revealed that security firm Securitas, which is active in the port of Rotterdam, has been “deeply infiltrated” by drugs criminals, from security guards to management. Thousands of kilos of cocaine were smuggled into the Netherlands with the aid of corrupt Securitas staff, the Algemeen Dagblad newspaper reported.

Two of the security guards were arrested mid-summer 2020, but police, lawyers and other sources around the ongoing investigation said this is only the tip of the iceberg. According to the paper’s sources, criminals who had managed to infiltrate the management of the firm were then in a position to hire corrupt security staff.

Dutch police, the Prosecutor’s Office, the Ministry of Defence and the Customs and Excise Departments have been working together since April 2020 in a multidisciplinary team in an effort to combat organised crime and the infiltration of legitimate businesses.