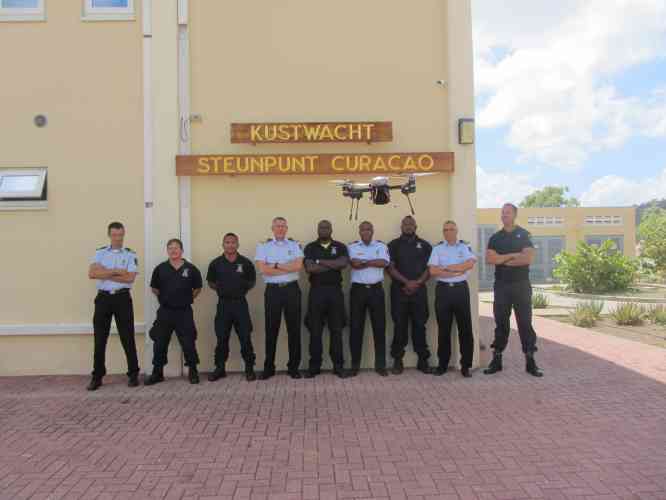 Coast Guard officers in Curaçao who received the training on use of drones.

PHILIPSBURG–Customs on all the islands in which the Dutch Caribbean Coast Guard operates will eventually receive drones when a pilot phase of customs using drones in Curaçao has been completed.

Coast Guard personnel in Curaçao recently received training on the use of drones. When asked whether a similar training will be done with the Coast Guard in St. Maarten, spokesperson for the Navy in the Dutch Caribbean Canan Babayigit said, “At this moment the training with drones is just a pilot.

“This pilot will be for a period of six months. After this pilot Coast Guard Carib will decide whether they will take these drones or not, and what the results are when working with these drones. So, for now they are just being used on Curaçao, but the planning is that all islands will receive drones when the pilot period has finished.”