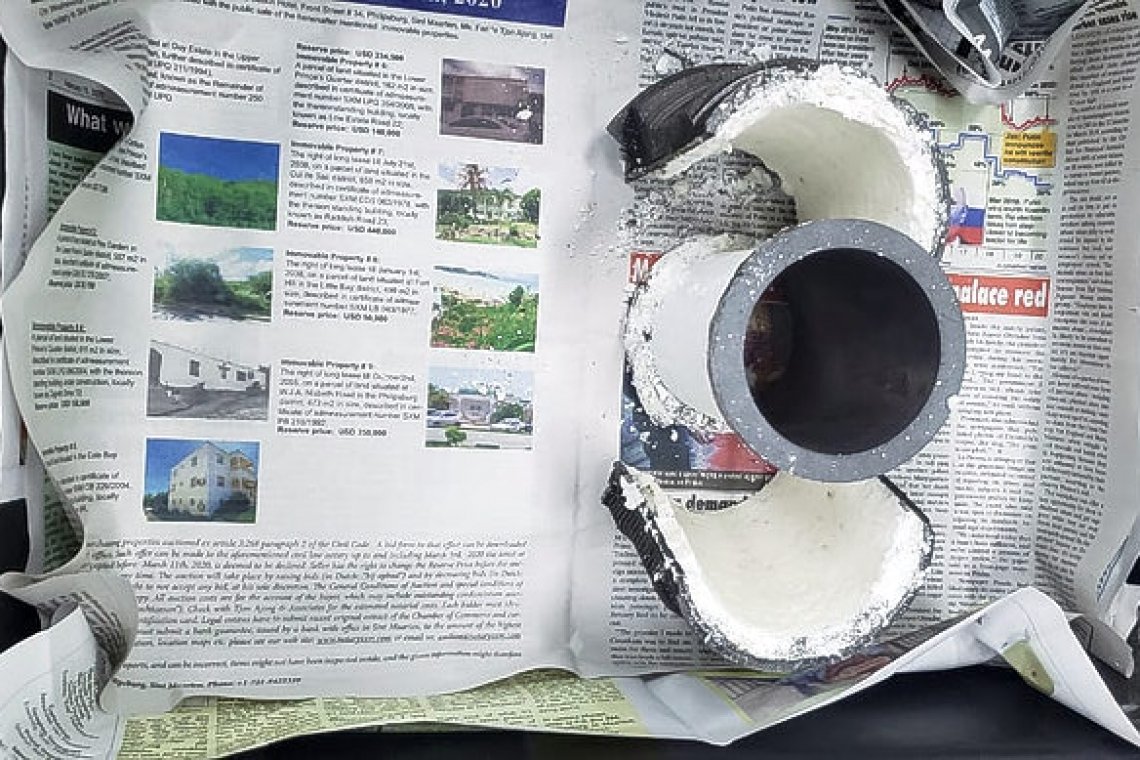 Some of the cocaine seized at PJIA on Saturday, February 15. The drugs were found concealed in cylinder-shaped objects in the luggage of a Surinamese woman.

AIRPORT–St. Maarten Customs announced in a press release on Sunday that it confiscated five kilogrammes (kg) of cocaine at Princess Juliana International Airport (PJIA) on Saturday, February 15. This bust brings the total amount of cocaine seized by Customs this year to fifteen kilos.

Customs officers arrested a Surinamese woman F.P.W. at PJIA on Saturday, February 15, for having approximately 5kg of cocaine concealed in her luggage. She arrived in St. Maarten on a Caribbean Airlines flight that had originated in Suriname.

During what Customs described as a routine check, officers found four cylinders filled with cocaine in her bags. Customs said it required “external help with special tools … to extract the cocaine from the cylinders.”

Customs seized almost 2kg of cocaine during an “intense control” at PJIA on Saturday, February 8. The drugs were hidden in a black makeup bag in the luggage of a Surinamese man B.C.V. He arrived in St. Maarten on a Caribbean Airlines flight from Trinidad.

Customs also seized approximately 8kg of cocaine at PJIA on Saturday, January 25. The contraband was found in the luggage of two American women, A.E.P. and K.D.S.

The women arrived in St. Maarten on a Windward Islands Airways International Winair flight from Curaçao. Customs said the cocaine was hidden “in a professional double-layered compartment in their suitcases.”

These investigations are ongoing, said Customs.