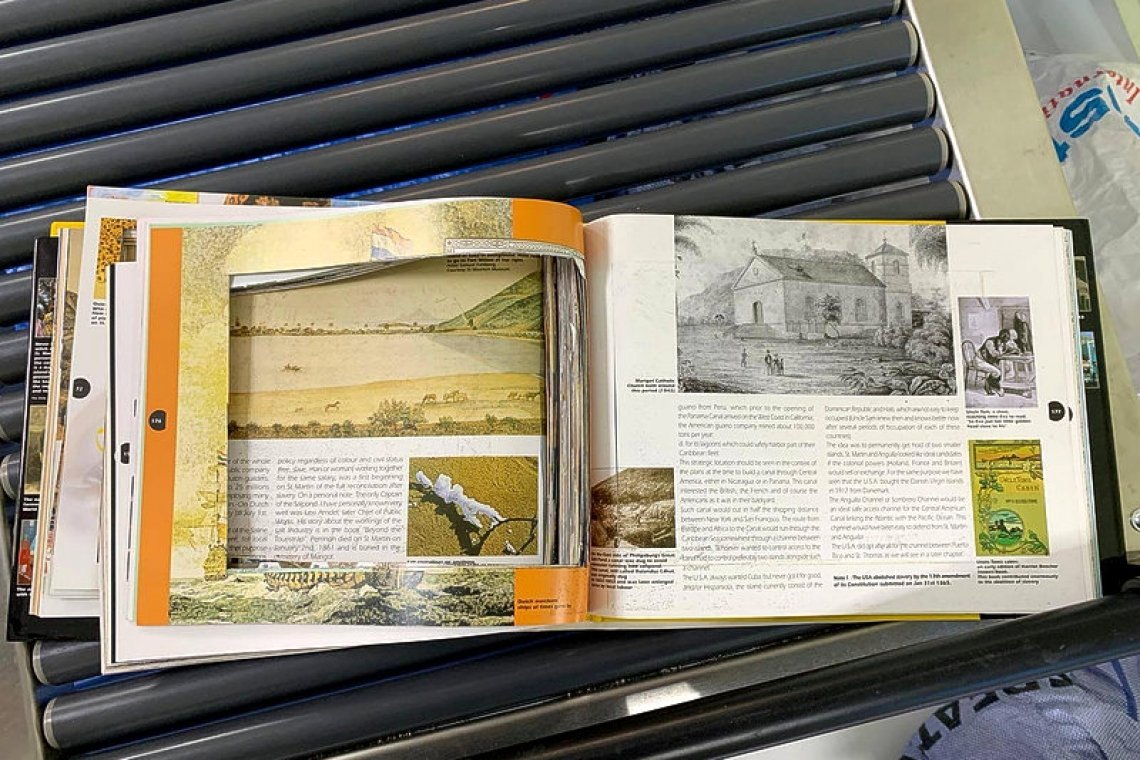 The hollowed-out part of a book in which cocaine was hidden. Photo by St. Maarten Customs.

PHILIPSBURG–St. Maarten Customs seized an undisclosed quantity of cocaine and marijuana hidden in two packages at the Post Office in Philipsburg on Tuesday, March 10.

The cocaine was concealed in the hollowed-out portion of a book that was intended to be sent to the Netherlands. The marijuana arrived in St. Maarten in a package from Canada and was hidden in a can of laxative powder. Customs confiscated the drugs and said they will be destroyed.

“In addition to the routine controls at the airport and in the port, Customs also regularly carries out checks at the Post Office and other places,” said Customs in a Facebook post on Tuesday night.

Some of the seized marijuana on Tuesday. Photo by St. Maarten Customs.