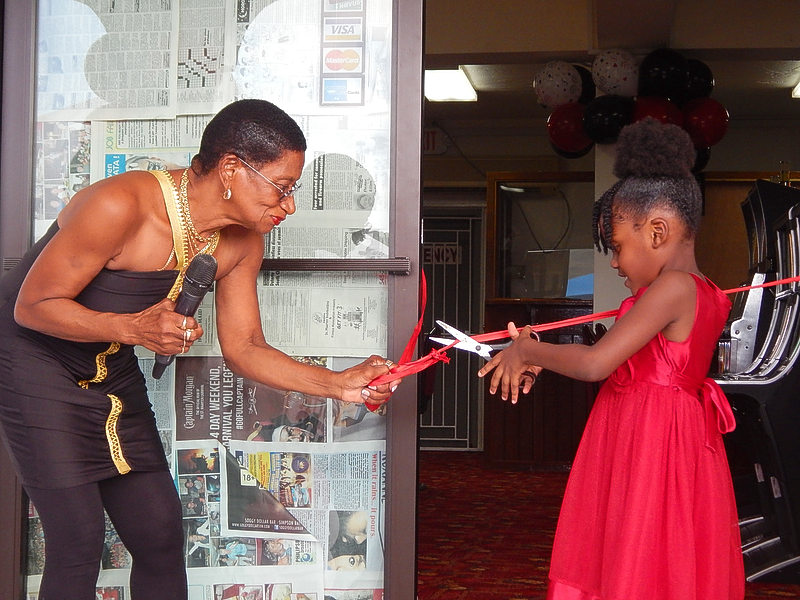 ST. EUSTATIUS–Raymond S. Cuvalay Slot Mania opened its doors to the public on Thursday. The business was a dream of the late Raymond and Arlene “Culture” Cuvalay. They worked tirelessly to achieve this dream, but last year, Raymond passed away, so Arlene continued to fight on.

Simmons said he remembered in the 1990s, that Arlene had this dream of opening a slot machine business. He commended her for her determination in seeing her dream through. Woodley said he was happy and proud of the work of Arlene and her late husband Raymond, as well as others on the island have achieved. The Commissioner said he can remember when the Cuvalays first started small with a little Toyota, and today she continues to grow.

Van Putten said it was Cuvalay’s day to celebrate a milestone of a patriot. “When you saw Culture, you saw Raymond and this was a collective dream of the both of them,” he said. She faced many obstacles and vexation along the way, he said. Van Putten said he got calls from the religious community and others challenging the enterprise. He said to single out this one establishment, when there are others similar on the island is not a Christian goal.

Sneek said he admired Arlene’s perseverance. To those who will frequent the business, he advised them to do it in moderation and to keep themselves under control.

Leerdam recalled a chat with Arlene, who explained her past struggles and brought documents seeking the support of the government. There was a lot of backlash concerning the opening, Leerdam said. But, everyone can learn a lesson from Arlene; no matter all the naysayers, continue to press on.

She congratulated Arlene and said to all those visiting the establishment, “Please gamble responsibly and enjoy.”

After the speeches, a ribbon was cut by Arlene and her niece Andijlis Cuvalay to officially open the place. Vouchers were given to attendees for a chance to play and win. Invitees were entertained by Rebels Hi-Definition Band and were served refreshments.