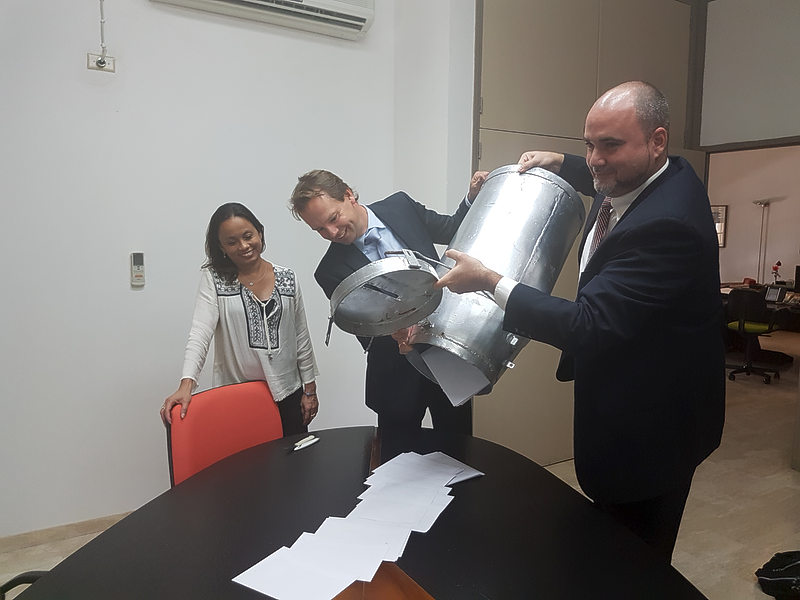 PHILIPSBURG–St. Maarten residents with the right to vote in the Dutch Elections moved to the centre on Wednesday and gave Alexander Pechtold’s Democrats 66 (D66) the majority of the votes. This is a change from 2012 when conservative VVD of incumbent Prime Minister Mark Rutte got the most votes here.

Support from radical anti-immigrant politician Geert Wilders’ PVV was low at only six votes. All those ballots were cast for Wilders.

D66 received 42 votes with Pechtold earning 31 of those as personal votes.

The Party for the Animals PvD of Marienne Thieme received four votes as did Artikel1.

It was two votes for Forum for Democracy FvD of Thierry Baudet.

The Reformed Political Party SGP received one vote as did GeenPeil, Lokaal in de Kamer, and 50Plus.

The country’s lone polling station – the Office of the Dutch Representative in St. Maarten – closed promptly at 3:00pm local time, matching the 9:00pm closure in the Netherlands. Before voting was closed off the Office made a check at the Post Office to ensure no ballots were sent by snail mail.

A total of 167 persons residing on St. Maarten have the right to vote in the Dutch Elections for the Second Chamber of Dutch Parliament. Of those, 151 made use of their right putting the voter turnout at 90.4 per cent. The number of eligible voters was 123 in 2012.

The ballots, sealed in white envelopes, were emptied by Head of the Dutch Representation office in St. Maarten Chris Johnson after the zip-tie lock on the retrofitted large silver milk can was snipped with scissors. The ballots were opened with swift efficiency and it quickly emerged that the majority of voters were favouring D66 and Rutte’s VVD.

Eligible voters were Dutch nationals who have been residing in the Netherlands for at least ten years. Persons fitting the criteria could cast a ballot at the “letter voting” bureau at the offices of the Dutch Representatives in Aruba, Curaçao and St. Maarten. Voters living abroad could also participate in the election by casting their votes by mail, or by voting by proxy.

The elections again highlighted some stark contrasts in the various parts of the Dutch Kingdom. Just next door in St. Eustatius and Saba polls were opened until 9:00pm local time. Also, a candidate on St. Eustatius, Koos Sneek, who is with the CDA, was not on the ballot available to St. Maarten voters due to the constitutional status difference between the Netherlands and the so-called Caribbean Netherlands.