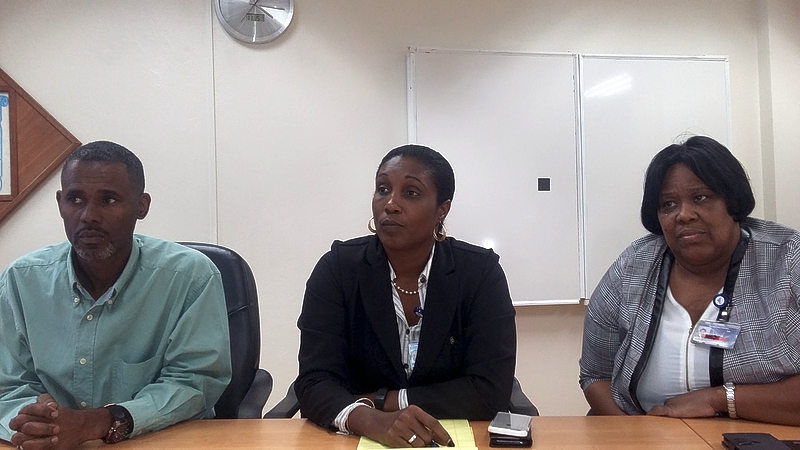 PHILIPSBURG–The widespread load-shedding around the country in the past days is expected to be over later today, Wednesday, after utilities company GEBE repairs the damaged part of its “Engine 19,” which encountered a turbo charger failure on Sunday.

GEBE Chief Executive Officer (CEO) Kenrick Chittick told reporters at a hastily-convened press conference on Tuesday that the large engine #19, which supplies 11 megawatts of electricity, had gone down on Sunday and the supplier had been asked to send a specific part. However, the wrong part was sent, so the engine could not be repaired earlier as anticipated.

The correct part is expected to arrive today around 9:30am and once it arrives at the power plant technicians are expected to take four to six hours to install it.

Chittick said load-shedding had become necessary when Engine #19 went down, while the medium-size Engine #16, which supplies eight megawatts of electricity, already had been out of commission for several weeks for a major overhaul. This resulted in the company being unable to meet the current demand for electricity, resulting in load-shedding.

He explained that GEBE’s frequency has to remain at 50 hertz and its voltage has to be 12,500 volts at all times. If these two factors are not stable, it will result in an unstable grid and this can result in damage to people’s equipment. Hence, if the demand is higher than the supply, load has to be shed.

Regarding Engine #16, the company is awaiting the parts so that this engine can be up and running again.

Chittick said that while the company had attempted to keep the load-shedding at two hours per outage, some areas had been out for longer periods. “Unfortunately outages happen. It can happen that something goes wrong. I am not saying that we are not doing something to avoid it,” he said.

GEBE has been lagging behind in its investments, he noted, and the company currently has engines in service that are 25 to 30 years old, for which parts are difficult to obtain.

Chittick noted that the new engine’s coming online in December does not mean that there will not be any power interruptions, as things can go wrong with engines that can result in interruptions.