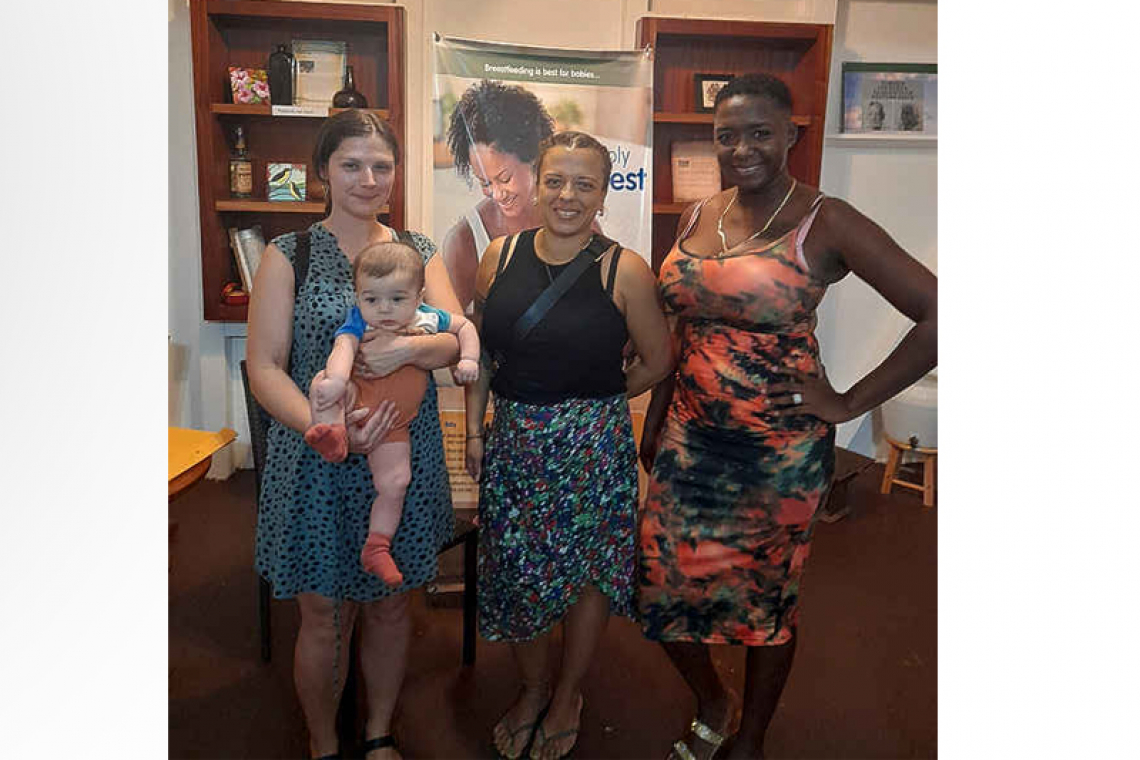 From left: Kirsty Lo Moro, Danique Knaap and Stacey Fiacre. Not in photo is Orianda Hoendervangers.

The winners were announced and were presented with their prizes at a “Mom to Mom Sit and Chat session” held on Saturday, August 6.

The contest was held in observation of World Breastfeeding Week (WBW) 2022, which ran August 1-7 under the theme “Step up for Breastfeeding. Educate and Support.”

The first activity that kicked off YHC activities for WBW 2022 was a free Lactation Consultation in collaboration with Women’s Health Services NV for moms in their second trimester and for moms with questions about breastfeeding that started on May 12.

The second activity was launched in June and was the fifth Annual Breastfeeding Photo Contest. Other activities included radio interviews, and a Mom to Mom Sip-n-Chat Session.

“Breastfeeding is one of the most effective ways to ensure child health and survival,” the World Health Organization (WHO) says. “Breastmilk is the ideal food for infants. It is safe, clean and contains antibodies which help protect against many common childhood illnesses.

“Breastmilk provides all the energy and nutrients that the infant needs for the first months of life, and it continues to provide up to half or more of a child’s nutritional needs during the second half of the first year, and up to one third during the second year of life. Breastfed children perform better on intelligence tests, are less likely to be overweight or obese and less prone to diabetes later in life.

“Women who breastfeed also have a reduced risk of breast and ovarian cancers.”

YHC said that WBW activities were part of CPS’ annual calendar of health observances aimed at promoting health-related issues and topics on a monthly basis.