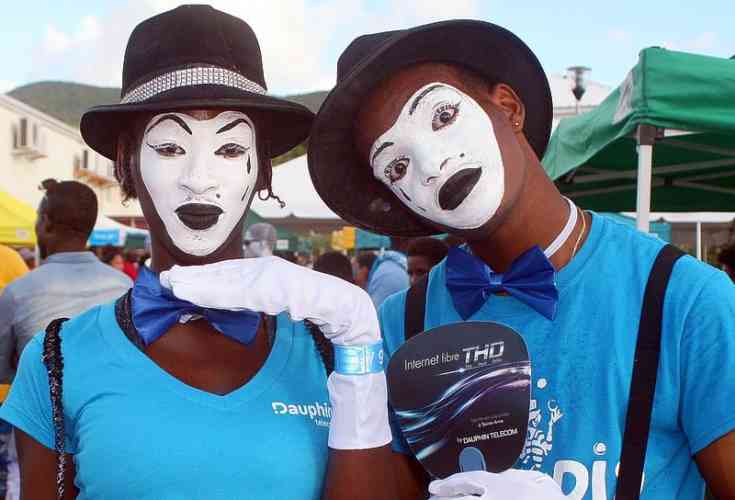 MARIGOT–Telecommunications operator Dauphin Telecom celebrated its twentieth anniversary of doing business in St. Martin with a big party in the Lazy Bay car park in Marigot on Saturday afternoon.

It was a grand fête with music, entertainment, food tasting stands, make-up stands for kids, and various giveaways and prizes offered by the operator, and of course the chance to top up at the Top Up stand. Many Dauphin Telecom subscribers were present as were members of the general public.

Dauphin Telecom, provider of mobile, fixed lines and Internet was created in 1998, starting from humble beginnings on a back street in Marigot before moving to its prime location on Rue de La République. The company has continued to evolve and has branches in St. Martin, St. Barths, Guadeloupe, Martinique, and French Guiana.

The company makes a point of giving back to the community and sponsors sports and cultural events. Associations and clubs wearing the Dauphin Telecom colours include Dream of Trails, Velo Club de Grand Case, Archiballs Rugby, and more.