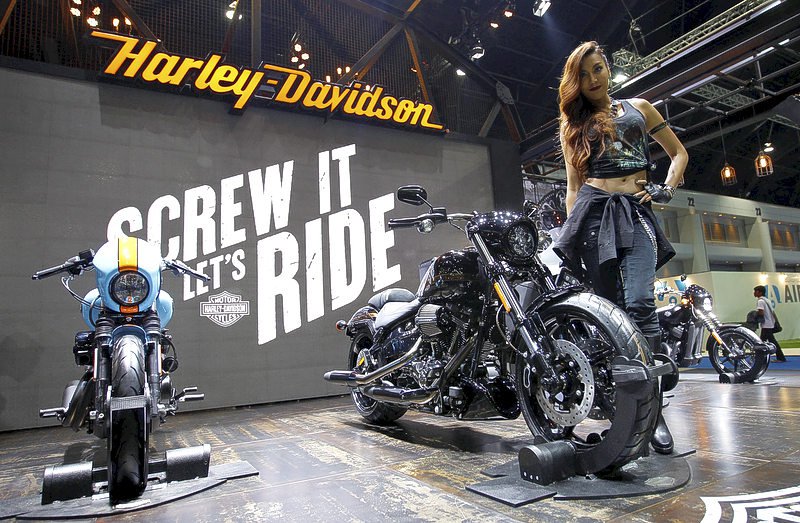 Harley shares were down 3.3 percent in midday trading to $45.42, reversing direction after initially trading up 6 percent before the open. Shares retraced gains as analysts asked company executives about the company’s inventory levels, production schedules and marketing spending.
CFO John Olin said retail inventory was up about 4,900 units because nearly 730 dealerships need models on sales floor, but the company expects inventory to level out as the year progresses. The higher inventory was due in part to marketing spending going up by 60 percent, which should attract new buyers at a time when its U.S. market share is slipping.
A sales decline in its main U.S. market, where its core baby boomer demographic is aging, was due to increased discounting by competitors and continued weakness in areas of the country that are dependent on the oil industry, the company said.
Sales in the United States, where it is typically the market leader, slipped 0.5 percent. Its U.S. market share dipped to 50.9 percent from 51.3 in a year ago.
Harley’s market share has slipped in recent years as other brands, such as Polaris’ revived Indian motorcycles, gain popularity and competitors such as Honda, helped by a weak Japanese yen, offer discounts. Harley-Davidson’s global sales, however, rose 1.4 percent to 57,458 motorcycles, as strong sales in Asia, Europe and the Middle East offset declines in Latin America and the United States.
Harley’s net income fell to $250.5 million, or $1.36 per share, from $269.85 million, or $1.27 a share, a year earlier, when there was more outstanding stock. Analysts on average were expecting $1.29 a share, according to Thomson Reuters I/B/E/S.
Consolidated revenue rose to $1.75 billion from $1.67 billion.
Worldwide shipments rose 4.3 percent to 83,036 motorcycles in the first quarter, slightly above the company’s previous forecast of 78,000 to 83,000.