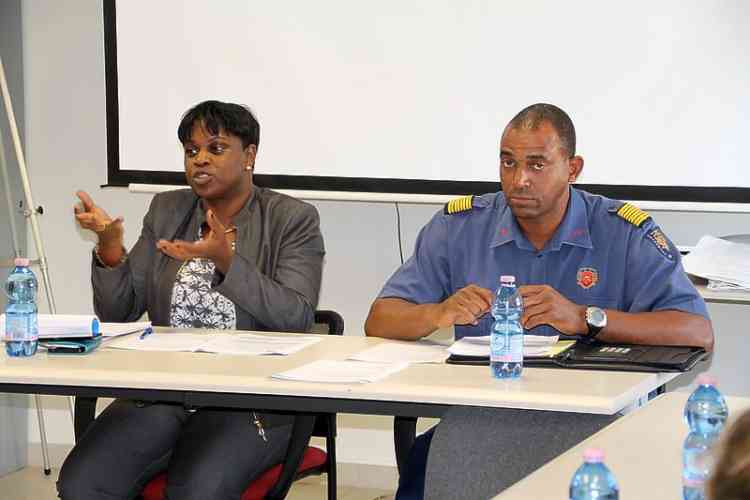 PHILIPSBURG–Prime Minister Leona Romeo-Marlin said on Wednesday evening that based on follow-up assessments related to the smoke from the dumps, Charlotte Brookson Academy (CBA) for the Performance Arts and Oranje Primary School will remain closed today, Thursday, February 8, due to the persistent smoke from the dumps on Pond Island which has been impacting the lower parts of Philipsburg.

Minister of Education Jorien Wuite has also advised that day-care centres located in the lower part of Philipsburg remain closed today.
However, Romeo-Marlin said in a follow-up update later Wednesday night that the Government Administration Building will re-open to the public today and civil servants are requested to report to work.
The situation will be monitored and in the event of a change in the wind, it will be determined what action will be taken. The health and safety of the civil servants is top priority, she said.
The smoke continues to smolder as Fire Department personnel along with colleagues from the French side of the island continue to work on extinguishing the limited areas where fire still exists. The majority of the fire has been contained, but there are still some hotspots. Water and sand are being used to eliminate the remaining hotspots.