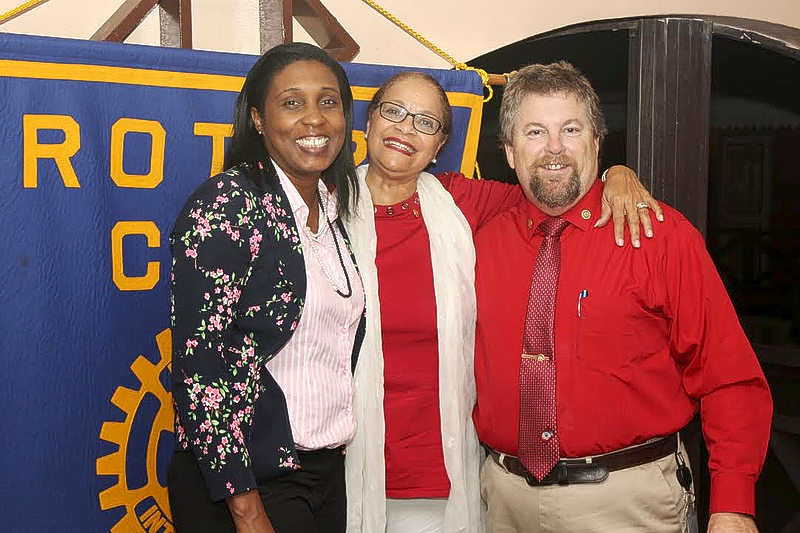 SIMPSON BAY–Rotary Club of St. Maarten-Mid Isle hosted a fellowship evening as “A World’s Greatest Meal to End Polio” to celebrate Valentine’s Day. A collection was taken for polio which will be tripled by the Bill and Melinda Gates Foundation.

Mid Isle will be holding its fundraising Motor Treasure Hunt on Sunday, March 19, starting at Kim Sha  Beach in celebration of the Rotary Foundation turning 100 years old. That’s a century of Rotarians changing lives and improving communities all over the world. See any member of Mid Isle for more information or call 520-1052 or 520-1899.

The proceeds from this event will go towards a foetal monitor for the maternity wing at St. Maarten Medical Centre and other needed items.