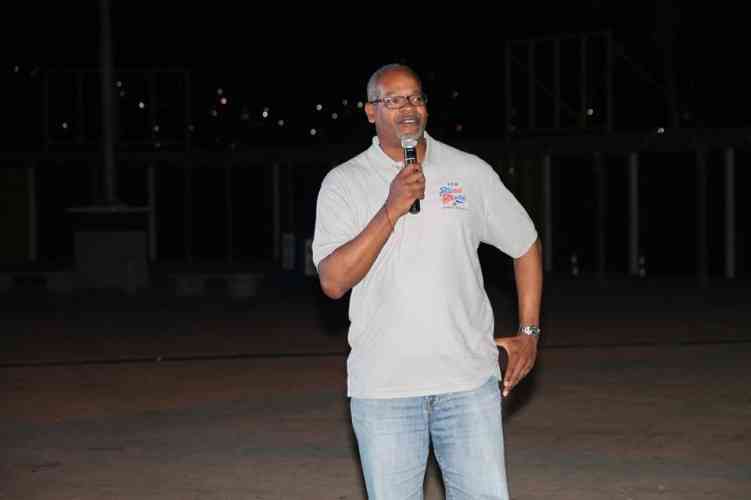 PHILIPSBURG–Minister of Justice Cornelius de Weever plans to start a civil case against former Pointe Blanche prison Chief Operations Officer (COO) Fernando Clark who accused the minister of dismissing him after he refused sexual advances from the minister some eight months ago.

De Weever addressed the allegations during the Council of Ministers press briefing on Wednesday.

“Mr. Fernando Clark was summoned to retract his factually incorrect, slanderous and defamatory remarks about, briefly put, sexual harassment allegedly leading to his dismissal. His remarks were clearly geared at the Minister of Justice, which function was held by my person during his dismissal.

“In reaction to my summons to first and foremost retract his statements and secondly confirm in writing that he would refrain from making further incorrect, slanderous and defamatory statements, Mr. Clark informed my attorney yesterday [Tuesday – Ed.] that, as mentioned in his press release, of Thursday, October 18, ‘I have no proof, no evidence and no witness(es) to substantiate what I claimed has happened.’

Clark wrote in his letter, “Therefore, upon receipt of your email, I have decided to desist from making future statements, publicly or otherwise, in regard to the allegations made in my press release of Thursday, October 18, 2018.

“Your letter of October 19, 2018, indicates clearly that you assume that I was referring to your client in my press release. However, I never mentioned your client’s name, or any other name for that matter, in my press release and I will therefore accept no responsibility for any monetary losses resulting from this matter.”

De Weever said, “Clark thereby complied with the second part of my summons, which is to confirm in writing that he would refrain from making further publications or making further remarks in this matter. His reaction, however, does not entail a retraction and I will consequently further pursue this matter in court.”

Prime Minister Leona Romeo-Marlin who was also present during the press briefing on Wednesday, said she had received queries from many sections of the community about her position on the allegations of same-sex sexual harassment made against two members of her Cabinet by former workers.

Her response to those queries, was succinct: “Before any of us can rush to any judgement we must let legal process run its course.”