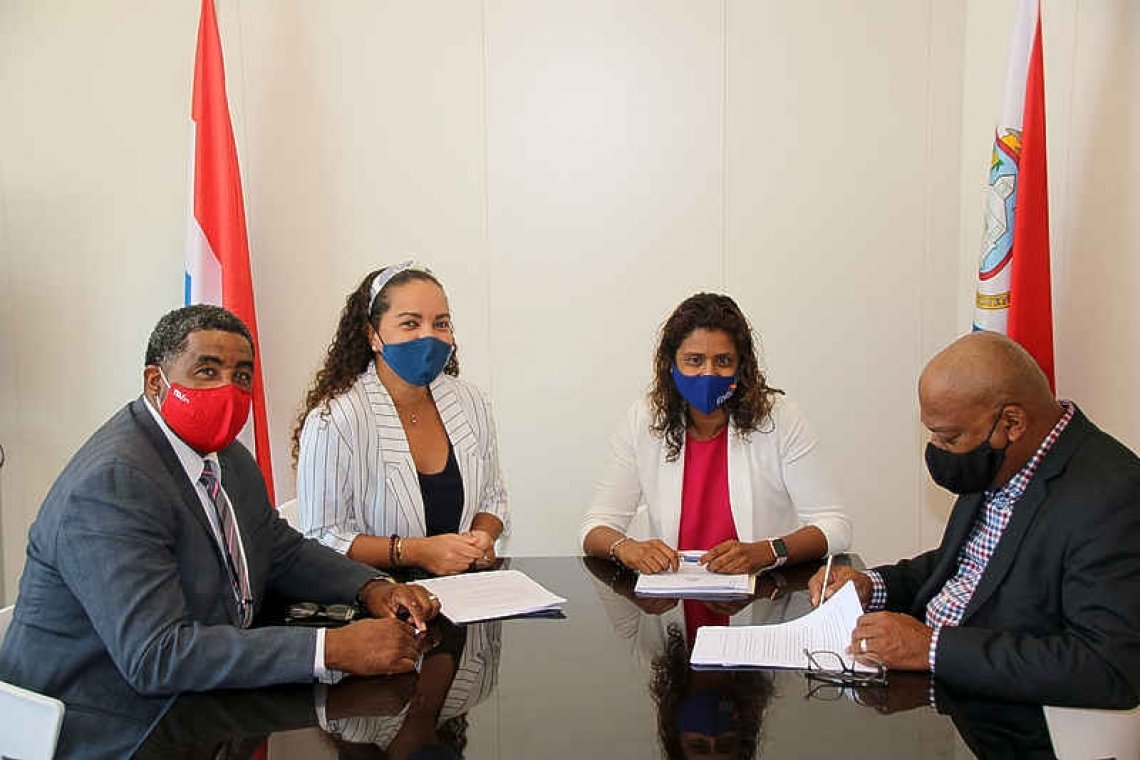 TelEm refused to pay the fees imposed by BTP and took the regulator to court. According to De Weever, TelEm won the case, but BTP appealed and the case was set to appear in court again. During this time, BTP did not issue a positive advice, which stalled TelEm’s concession for its fibre-optic cable project.

However, the parties agreed to a settlement for an undisclosed amount. Part of the agreement was that BTP dropped its appeal.

“The minister [De Weever – Ed.] achieved an amicable end to the stalemate that resulted in a settlement agreement for amounts owed by TelEm to BTP, and BTP to the government of St. Maarten.

“What appeared to be unresolvable for almost half a decade took approximately six weeks to be finalised. The Ministry of TEATT can now grant the concession agreement to TelEm Group based on the positive advice received from BTP. Minister De Weever expressed satisfaction with the outcome of this settlement. It was one of her top priorities.

“The realisation of the fibre network will be a major step for the country’s telecommunication sector and its economic recovery and future growth. Minister De Weever said she looks forward to continue strengthening the relationship between all parties as the agreement terms are carried out and is grateful for the mandate given to her by the Council of Ministers,” said the TEATT Ministry in a press release on Sunday night.  “After several discussions, we are pleased to have advised the Minister. TelEm Group now has the space to concentrate on providing key services to St. Maarten in these crucial times,” said BTP Director Anthony Carty.

“Without this resolution, the refinancing of the existing bond and additional funds provided by a US $44 million loan were at risk, with potentially dire consequences for the future of TelEm and its employees. The much-needed financing provided by Windward Islands Bank (WIB) will now enable TelEm to realise its fibre-to-home network project,” said TEATT.

“We are happy that we have finally gotten our concession settlement agreement finalised so that TelEm Group may continue to provide the services to the people of St. Maarten,” said Dupersoy on Sunday.