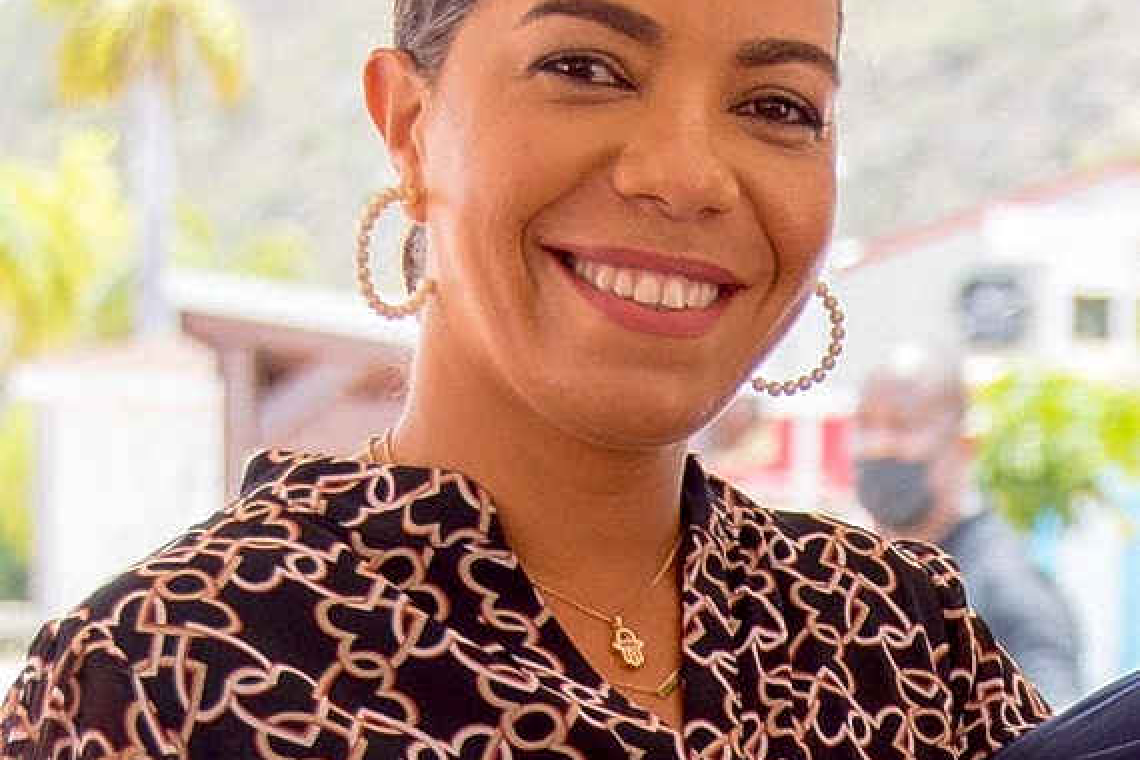 PHILIPSBURG–United People’s (UP) party Member of Parliament (MP) Ludmila de Weever has sounded the alarm that the deafening silence from the management of GEBE is very concerning and requested an urgent public meeting.

The meeting request was also supported by independent MPs Christophe Emmanuel, Party for Progress (PFP) MP Melissa Gumbs and United Democrats (UD) MP Sarah Wescot-Williams. “It may be a sign that GEBE has become an issue of national security,” De Weever said in a press statement on Tuesday. “We are nearing the six-month mark since GEBE was hacked and all information was lost,” she stated.

De Weever remains steadfast in her conviction that GEBE is not telling the whole truth, because the reality may in fact be that the entire system was lost: creditor information, debtor information and even the distribution network or “grid” layout.
“Up until today, customers are still awaiting an invoice since their last one was issued either in February or March 2022. Up to today, customers without invoices are still saying they are uncomfortable paying a fixed amount via online banking. Up until today, the financial administration system is definitely not 75% recovered,” De Weever stated.

“Where is the assurance that all customers’ information is in the system when entire neighbourhoods have not been invoiced as yet? Ask residents and you will easily hear,” she noted.

One of the traits of a small community like St. Maarten is that everyone knows everyone and people talk, she explained. “Rumblings of suppliers being overheard saying they will not provide credit to GEBE are now common,” De Weever added. “This makes me wonder if GEBE can’t pay its suppliers, can they pay their employees? If yes, for how long? Without such a financial lifeline for the company and the employees, guaranteeing to keep the lights on seems impossible.”

De Weever was part of the external financial audit team of PriceWaterhouseCoopers (PwC) St. Maarten from 2010 until 2014. From 2015 to 2017, she continued honing her utility company skills while working as part of the financial audit team of WEB Bonaire, the utility company in Bonaire, with PwC Curaçao. Up until accepting her appointment as Minister of Tourism, Economic Affairs, Transport and Telecommunication (TEATT), De Weever worked as the Business Analysis Advisor to GEBE, it was stated in the release.

“Because of her persistence and efforts during her time there, GEBE began receiving unqualified opinions on its audits (a higher accounting standard). It required a massive clean-up of its distribution network and related method for recording additions or replacements of the electricity and water network. With the cooperation of the management, the employees, the external financial auditors and the valuation experts from the Netherlands, GEBE received unqualified opinions for 2017, with retrospective effect for 2016 and 2015, as well as 2018,” it was stated in the release.