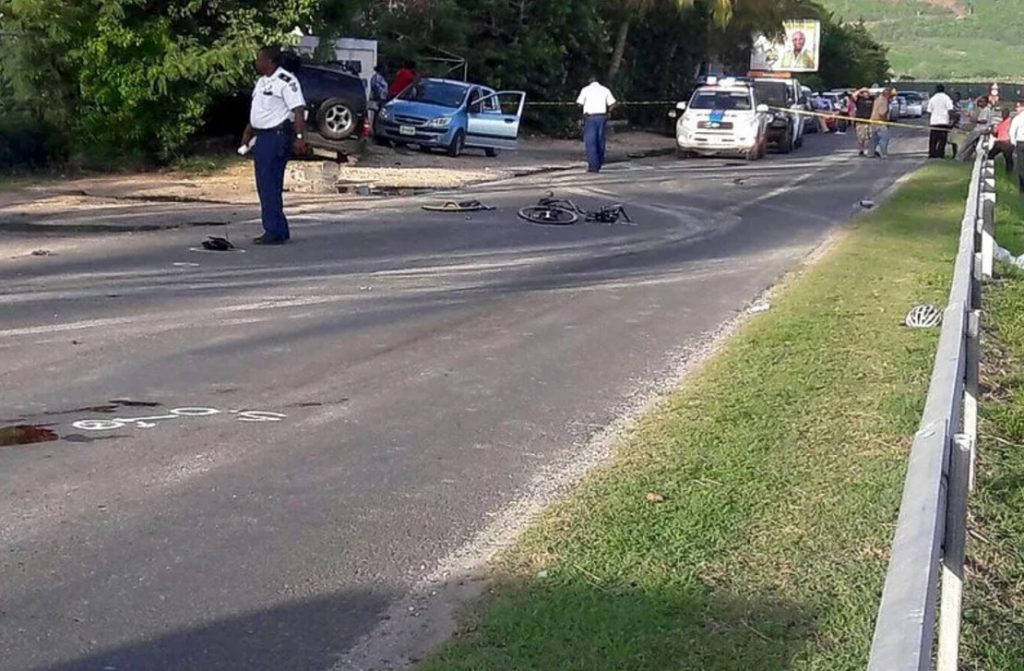 PHILIPSBURG–T.H. (25), the driver of the car involved in the fatal traffic accident on Airport Boulevard on Tuesday, September 6, that caused the death of cyclist Bas de Haan, a physical education (PE) teacher at Milton Peters College (MPC), has been released until his court case is heard, according to Prosecutor’s Office spokesman Gino Bernadina.

T.H. is suspected of involuntary manslaughter and was detained after the accident had taken place. De Haan, who hailed from St. Eustatius, moved to St. Maarten recently and began teaching at MPC just two months ago.

Witnesses reported to the police that T.H., the driver of a black Suzuki Vitara, had been speeding when he hit De Haan and ended up slamming his car into a GEBE housing structure.

De Haan was known to exercise in the area. His bike was shattered and he was left curled up in a foetal position on the road. When he was transported to St. Maarten Medical Center (SMMC) by ambulance, doctors originally pronounced him in critical condition before he passed away. His body, which had been confiscated in light of the ongoing investigation, was released to the family on Wednesday, September 7.