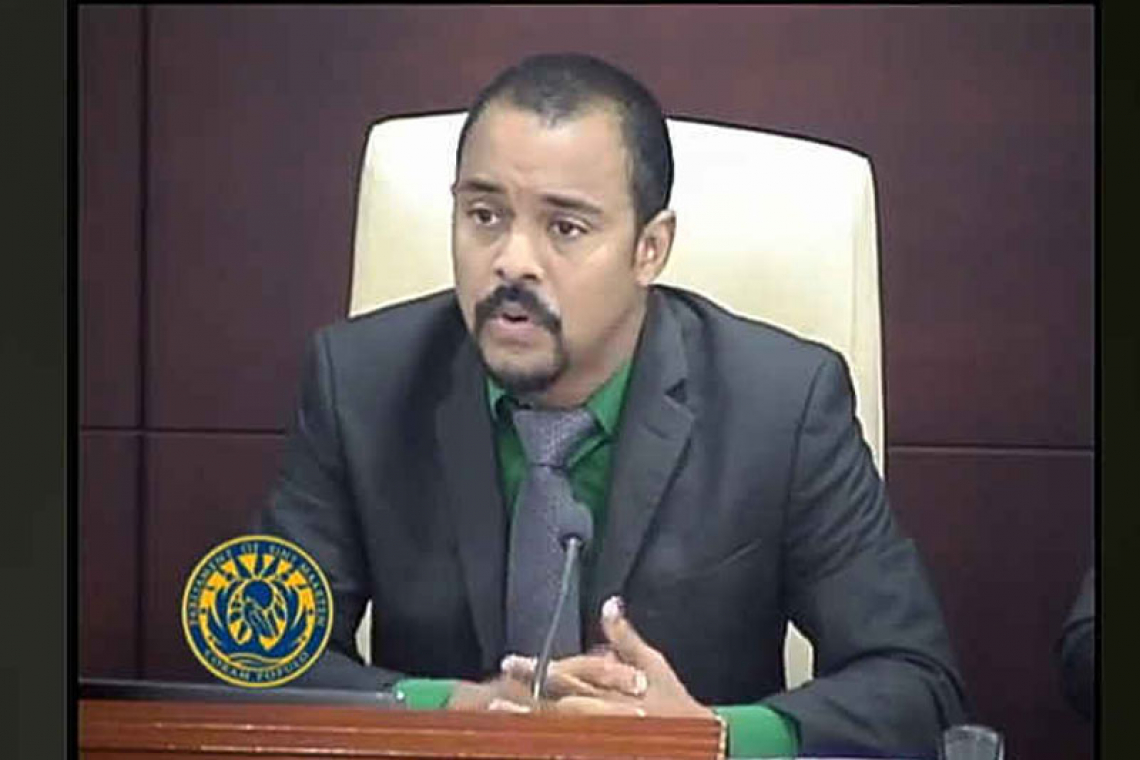 PHILIPSBURG–Chairperson of Parliament Rolando Brison on Wednesday suspended the meeting of the Central Committee of Parliament to debate the amendment to the 2020 budget pending the outcome of a decision from the Constitutional Court on the request of the Ombudsman to quash all or part of the three national ordinances on employment benefits cuts.

Finance Minister Ardwell Irion was to have presented the national ordinance amending the 2020 budget, including the amendment of the pension regulation for political authorities in the meeting.

The suspension was based on the grounds that the outcome of the decision of the Constitutional Court can have bearing on the amended budget. The suspension was supported by several factions in Parliament, including United St. Maarten Party (US Party), United Democrats (UD) and National Alliance (NA).

Parliament was notified about the Ombudsman’s decision at 6:00pm Monday and as Tuesday was a holiday, the notification was booked in on Wednesday.

UD MP Sarah Wescot-Williams said it is not wise to continue discussing the draft amendment budget for 2020, as it was “already very ticklish” considering that the laws that were passed were retroactive for most of the articles. She said also that some institutions might have already implemented measures based on the laws that the Ombudsman has now submitted to the Constitutional Court for review.

NA MP William Marlin said the Ombudsman has done what she feels is right by submitting the laws for review. He wanted to know how it would resonate in “the corridors of The Hague” and how the discussions would continue if the constitutional court said the laws were incorrect.

“Our faction supports postponing the debate because at this point it makes technically very little sense and we would just be adding more insult to injury by continuing in a direction that we should have not have been in, but it has to be placed in the context of where we were then. We could not gamble with the survivability of the people. The Ombudsman has put it to the test,” Marlin said.