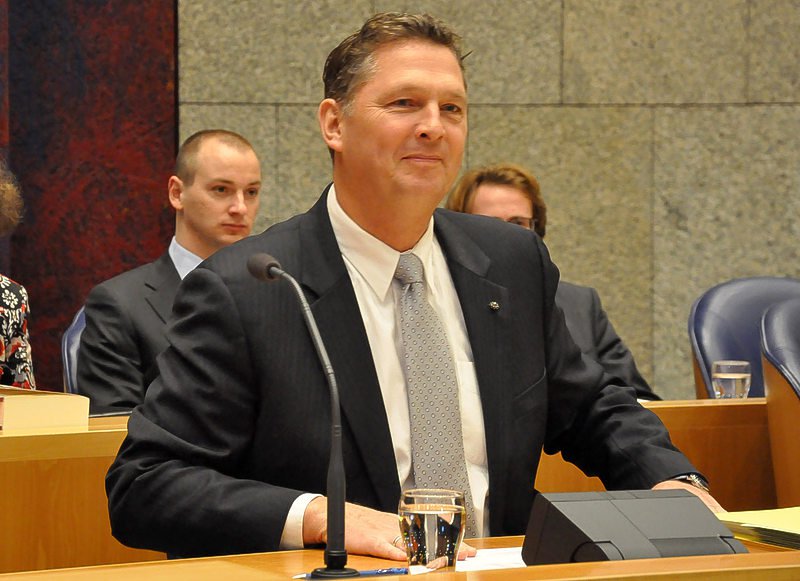 THE HAGUE–The plenary handling of the initiative law proposal of Member of the Second Chamber of the Dutch Parliament André Bosman of the liberal democratic VVD party to regulate the residency of persons from Aruba, Curaçao and St. Maarten in the Netherlands will continue on Wednesday after a delay of some 2½ years.

During the previous handling on March 12, 2014, the members of the Second Chamber used the opportunity to pose questions to Bosman and to voice their criticism or support. Bosman will answer the long list of questions and address the concerns on Wednesday.

“For me, personally, it will be a special debate,” said Bosman, who will be defending and explaining his first individual initiative law proposal. He said it concerned an “important” law proposal that related to the Dutch Kingdom and the subject of the movement of persons. “I am hoping for a nice discussion,” he told The Daily Herald on Monday.

Bosman, who will be seated in the Government section together with State Secretary of Security and Justice Klaas Dijkhoff, said he expected the issue of racism and second-class citizens to come up on Wednesday.

Criticism that his law proposal has racist elements and degraded persons from the islands with a Dutch passport to second-class citizens has not deterred Bosman or moved him to make significant changes to the law text.

He said he was still convinced that there was nothing racist or wrong about his law proposal because the islands have similar legislation, the LTU (“Landsverordening Toelating en Uitzetting”) to restrict the residency of persons from the Netherlands. He emphasised that his law proposal came very close to the LTU legislation in the Dutch Caribbean.

“People are shouting racism, but the LTU does the same thing to persons from the Netherlands who want to move to Aruba, Curaçao or St. Maarten. People from the Netherlands are also second class citizens because they cannot freely live and work on the islands,” he said.

Under what has been commonly named the “Bosman law,” persons from the Dutch Caribbean countries who want to take up residency in the Netherlands would need to show that they can sustain themselves, that they have a diploma or come to study. A person with a criminal record who presents a serious risk to public safety will not be admitted.

Bosman will have to answer a stack of questions regarding the intention and scope of the law proposal, its implications for the already strained relations in the Kingdom, its relation to European Union (EU) legislation, and the criticism of the expert committee Meijers, that were posed in March 2014.

According to the Meijers Committee, the law proposal is in violation of international responsibilities to which the Netherlands is tied, based on five treaties and two EU guidelines. Various MPs, including Gert-Jan Segers of the ChristianUnion (CU) and Sharon Gesthuizen of the Socialist Party (SP), referred to the committee’s critical judgment during the first debate on March 12, 2014.

MPs Gesthuizen, Segers, Linda Voortman of the green left party GroenLinks and Gerard Schouw of the Democratic Party D66 also reminded Bosman at that time that Dutch Caribbean people were Dutch citizens with a Dutch passport and citizens of the EU, with the right of unlimited residency in the Netherlands.

“This initiative infringes on the rights of Dutch Caribbean persons to reside in the Netherlands,” said Voortman.

“From a legal point of view, the law proposal is untenable. It violates international treaties and EU law and makes a distinction based on ethnicity, while its effectiveness will be very minimal,” said Schouw about what he called a “trashcan law proposal.”

Segers: “The law proposal will create a wedge between us and the islands, between one Dutch citizen and the other. Dutch citizenship will be hollowed out. We will take away one of the most essential civil rights.”

This Wednesday the big question will be, again, whether the Labour Party PvdA will support Bosman’s law proposal. MP Roelof van Laar (PvdA) stated on March 12, 2014, that his party distanced itself from the differentiation based on place of birth for “fundamental reasons.”

Van Laar made clear during that debate that the PvdA could only give its support if the law proposal was adapted to target specific groups: Dutch Caribbean persons without a diploma or with a criminal record. “Those persons can be subjected to the conditions of the law, but not all residents of the islands. You cannot subject every Dutch Caribbean person to this law if you only want to keep out underprivileged or criminal persons,” he said.

Bosman has not adapted his law proposal to accommodate the coalition partner PvdA. In the second amendment (“nota van wijziging”) dated May 16, 2016, he stated that opting for an alternative application range that focused on the place of residency or to have his law proposal only apply to persons of the three countries without a diploma or with a criminal record “would not result in a better law proposal.”

In the second amendment, children of Dutch citizens born in Bonaire, St. Eustatius and Saba were exempted from the law proposal. The term of refusal of residency in the Netherlands after a person has been sent back to the islands in the interest of protecting public order has been set at five years.

The amendment also stated that the person who has been refused residency must leave the Netherlands immediately. Authorities would not use the law in a proactive manner, but in a reactive way. Persons will not be arrested without a reason. However, authorities will look at the consequences for a person’s residency permit when this person is arrested in connection with a crime, or applies for social welfare.

Bosman stands by his original conviction that his law proposal is “highly useful” in deterring problematic youngsters from coming to the Netherlands.

The Consultative Council for persons of Dutch Caribbean descent Ocan has protested vehemently against the “Bosman” law, which the foundation finds discriminatory and a “clear sign” that their people are not welcome in the Netherlands. A number of Ocan representatives and persons of the Dutch Caribbean community were present during the first handling.

The original law proposal dates back to July 3, 2012. Additional legal advice, research, consultation, the answering of the long list of questions and concerns of the Parliament, the heavy workload and the overloaded agenda of the Second Chamber have resulted in a considerable delay in the handling of the law proposal.

Bosman said he hoped the first and second term could be concluded on Wednesday, so the law proposal could be put on the agenda for voting next week Tuesday. So far it remains unsure whether it will muster majority support. If approved, the law proposal will be sent to the First Chamber for handling.