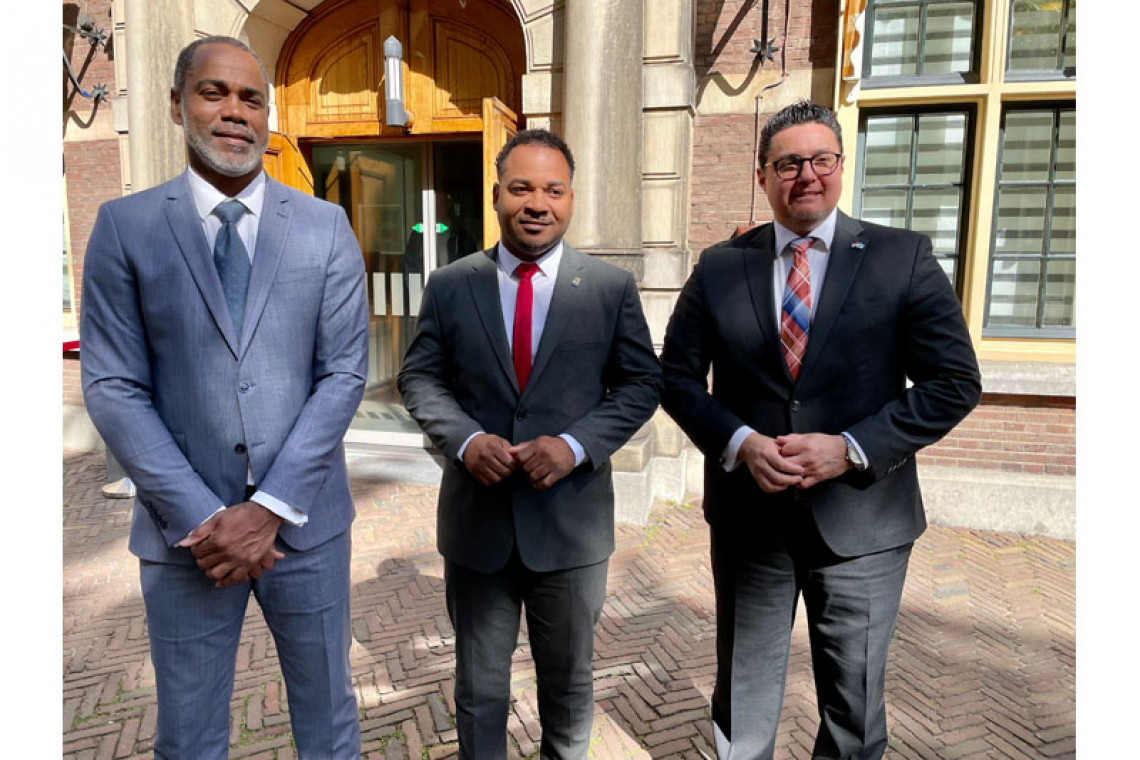 THE HAGUE–The Kingdom Council of Ministers RMR during its meeting on Wednesday deferred the decision-taking on the reversing of the 12.5 per cent (St. Maarten, Curaçao) and 12.6 per cent (Aruba) labour benefits reduction for employees in the (semi) public sector in the Dutch Caribbean countries.

The reasoning behind this decision is that parties want to await the concluding of the talks that Dutch State Secretary of Kingdom Relations and Digitisation Alexandra van Huffelen has during her visit to Aruba, Curaçao and St. Maarten this week.

“Considering that the state secretary herself is not here, and that she is having talks with our prime ministers, we didn’t think it was opportune to take a decision now before the talks have taken place. Let these talk take place first and then in two weeks, during the next RMR in two weeks, we will take a decision with a good basis after it has been discussed on the islands,” said Curaçao Minister Plenipotentiary Carlson Manuel on Wednesday morning.

Manuel and his two colleagues, Rene Violenus of St. Maarten and Guillfred Besaril of Aruba, addressed the waiting Dutch Caribbean media representatives outside the Ministry of General Affairs in The Hague about the very short RMR meeting right afterwards.

State Secretary Van Huffelen arrived in Aruba on Monday for a short visit to the three Dutch Caribbean countries. Today, Wednesday, she visits Curaçao and by the end of this week, she is in St. Maarten for talks with the Council of Ministers and members of the community.

The conditions under which the labour benefits reduction would be (partly) reversed are already known for Aruba, but not as yet for Curaçao and St. Maarten. The conditions will be discussed with the state secretary in Willemstad on Wednesday and later this week in Philipsburg.

One of the conditions, no more liquidity support for now, is already being applied, said Manuel. Neither Aruba, nor Curaçao, nor St. Maarten have requested liquidity support from The Hague for the immediate past and the coming period.

Two other conditions that were tied to the liquidity support, the capping of the salaries of top earners in government and at government entities to 130 per cent of the prime minister’s salary and the 25 per cent pay cut for elected politicians, namely ministers and members of Parliament, remain in place.

“We are maintaining those and doing what we can in terms of getting the economy back on track. Now that the economy is starting to improve, the 12.5 per cent that is affecting the civil servants should be reversed, because that will also be conducive to the economy and ultimately to government’s coffers. Otherwise, we keep finding ourselves in the situation where we have to ask for liquidity support,” said Violenus. 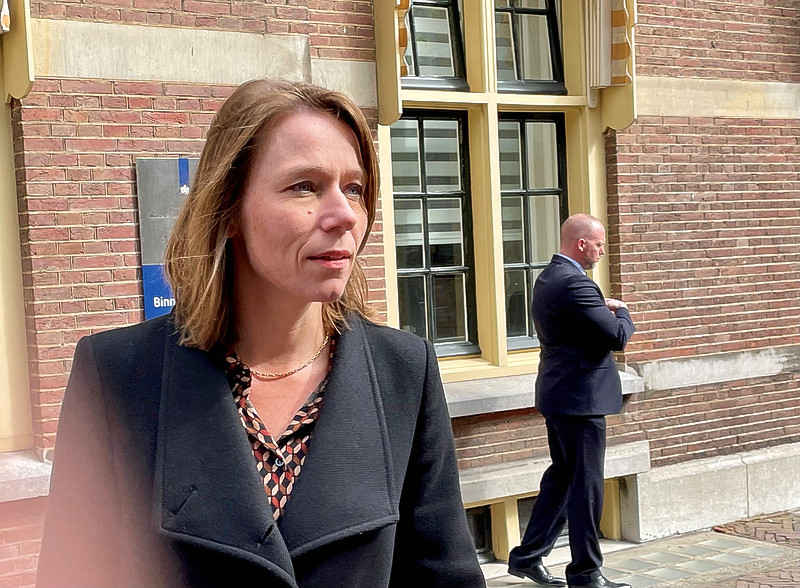 “In combination with the effects of the war in Ukraine and the high inflation, the salary cut has a devastating effect on our civil servants and those working in the semi-public sector. So, we too have asked for the 12.5 per cent to be removed. This reduction was a condition for the liquidity support, but now that we have not asked for liquidity support for the last two quarters and don’t plan to do so in the near future either, we think it should be removed,” said Violenus.

Pending the decision in the RMR in two weeks or so, the countries already announced that they want to give back to the civil servants and the employees at the government entities. The Aruba government has included a provision of 5 per cent in its 2022 budget to repay the (semi) public sector workers in July.

Curaçao Finance Minister Javier Silvania recently announced that Curaçao will pay the employees of the (semi) public sector their 3 per cent vacation allowance this summer, said Minister Plenipotentiary Manuel. St. Maarten Minister Plenipotentiary Violenus confirmed that the St. Maarten government has similar intentions. “But before doing so, we need to know what is possible and what isn’t,” said Manuel.

The three plenipotentiary ministers and with them, their governments, find that the 12.5/12.6 per cent labour benefits cut, a condition that the Dutch government tied to the providing of liquidity support during the COVID-19 pandemic, has lasted long enough.

“I was one of the first ones here in The Hague to point out since February that the economic and tourism figures were going in the right direction and that we needed to give our people perspective, starting with the civil servants who have been handing in part of their salaries. This reduction cannot continue until the end of time,” said Besaril of Aruba.

Dutch Minister of Home Affairs and Kingdom Relations Hanke Bruins Slot didn’t want to give comment about the pending decision-taking in the RMR when the media approached her prior to Wednesday’s meeting. “As you know, we never say anything before the RMR about the issues that we will discuss, so I will not say anything on that matter at this time.”

Looking ahead at the meeting, Bruins Slot said that she found it “an honour” to act in the RMR on behalf of State Secretary Van Huffelen during the latter’s visit to the Dutch Caribbean countries.