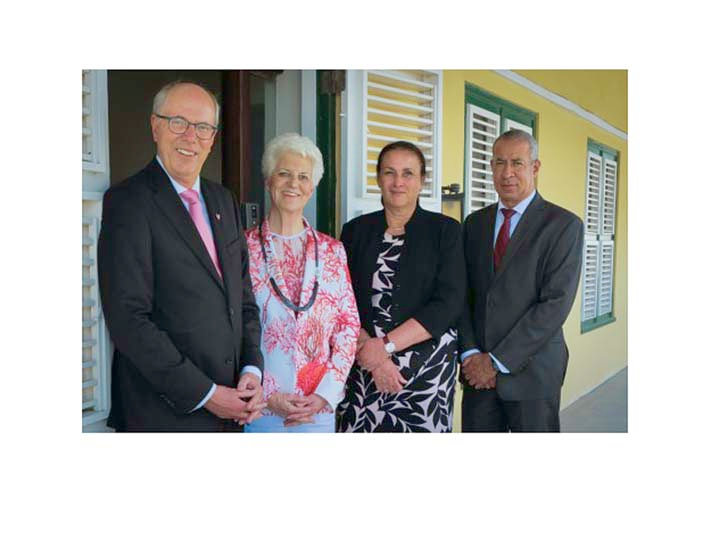 PHILIPSBURG/THE HAGUE–The financial figures of the St. Maarten Government over the second half of 2016 are not looking good. The budget deficit will continue to worsen if no measures are taken, warned the Committee for Financial Supervision CFT late last week.

According to the CFT, the execution report of the second quarter of 2016, submitted to the CFT on August 10 by St. Maarten Finance Minister Richard Gibson, showed that the realised revenues were increasingly lagging behind the 2016 budget.

This was also the case for the realised expenditures, but less so than the shortfall on the revenues, as a result of which the budget balance has continued to deteriorate, CFT Chairman Age Bakker stated in a letter to Gibson dated August 25.

Gibson did get a compliment for submitting the second execution report in a timely manner. The CFT also reported an improvement of St. Maarten’s financial management, “even though the progress is limited at this time.”

The CFT feared that the disappointing financial results will jeopardise the objective of the St. Maarten Government to compensate the deficits of previous year with a minimum amount of NAf. 20 million reserved in the 2016 budget.

The approved 2016 budget set the total amount of revenues at NAf. 468.2 million and the total expenditures at NAf. 442.9 million. The projected positive budget balance of NAf. 25.3 million would be sufficient to cover at least NAf. 20 million of shortages of previous years.

However, the execution report of the first quarter showed that the budget balance had deteriorated by NAf. 8.6 million. The CFT at that time pointed out that measures were required in order to keep complying with the norms of the Financial Supervision Law and the financial instruction issued by the Kingdom Council of Ministers in September 2015.

“The progress of these proposed measures so far has not given the CFT enough reassurance in relation to realising the budget,” stated Chairman Bakker. The CFT again urged the government to take short-term measures to increase the revenues and/or decrease the expenditures.

Without those incidental revenues, the CFT was insufficiently assured that the 2016 budget at the end of this year would comply with the Financial Supervision Law and the instruction of the Kingdom Government. “This means that there is no compliance with the conditions to borrow for new investments.”

If no measures are taken, the further deteriorating budget balance may jeopardise the payment of these arrears, the CFT noted. The Committee once more urged the St. Maarten Government to complete the transfer of the new Government Administration Building to the SZV in a speedy manner in order to accomplish the repayment of a considerable part of the debt to the SZV and the APS this year.