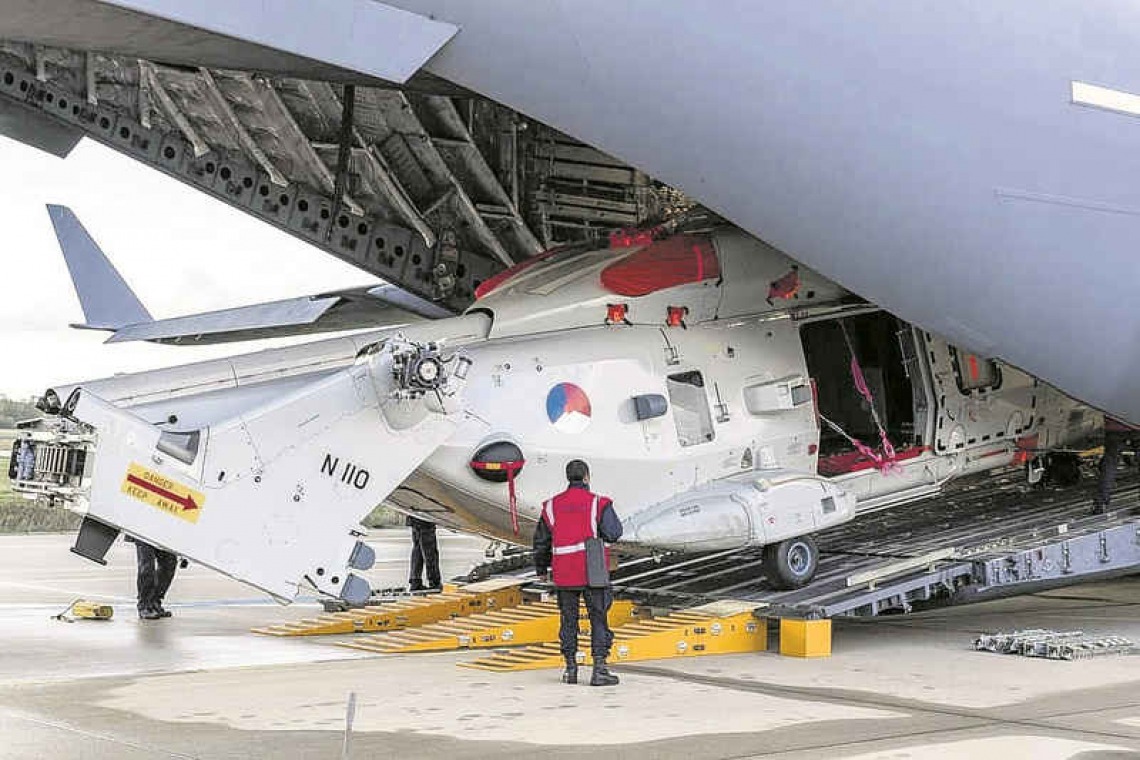 Being loaded into the plane.

WILLEMSTAD–A helicopter of the Dutch defence forces arrived in Curaçao on Wednesday. It will replace the NH90 that sank off Aruba.

The latter crashed into the sea on July 19. Two of the four occupants, including the pilot, were killed.

The new N110 was flown to the island from Eindhoven Airbase in the Netherlands on a Boeing C-17 plane. One of the main parts, the rotor blades, had to be disassembled for the transport.

It is the same type of military chopper.