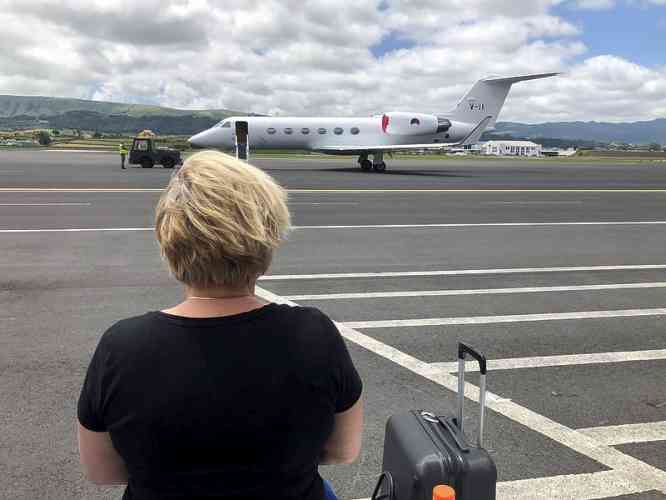 THE HAGUE–Dutch Minister of Defence Ank Bijleveld-Schouten had to cancel her visit to St. Maarten, St. Eustatius and Saba because the aircraft on which she travelled was stranded in the Azores on Monday due to technical problems.

Bijleveld and Dutch Naval Forces Commander Rob Bauer were scheduled to visit St. Maarten on Monday and Tuesday. It would have been the first time the Minister visited the island since Hurricane Irma devastated St. Maarten in September 2017. Dutch military personnel provided direly-needed assistance in St. Maarten before, during and after the hurricane.

The minister was supposed to meet on Tuesday with Dutch Royal Marechaussee personnel working in St. Maarten. A meeting with Governor Eugene Holiday and Prime Minister Leona Romeo-Marlin had also been scheduled for Tuesday.

The minister would have been in Curaçao on Thursday for a meeting with Governor Lucille George-Wout, Prime Minister Eugene Rhuggenaath and Justice Minister Quincy Girigorie. A lunch was scheduled with Dutch Defence personnel before travelling back to the Netherlands.

Unfortunately, the defence aircraft on which the minister was travelling to St. Maarten, a Gulfstream IV, developed technical problems and was stranded in the Azores. It is expected that she will not to be able to leave the Azores for a few days.

As a result, the visit to the Windward Islands and Curaçao was cancelled. The minister said she lamented that her visit had to be cancelled and promised to come to the islands within the foreseeable future.

Bijleveld-Schouten is a well-known person in the Dutch Caribbean, as she was state secretary at the time of the process to dismantle the Netherlands Antilles in 2010.