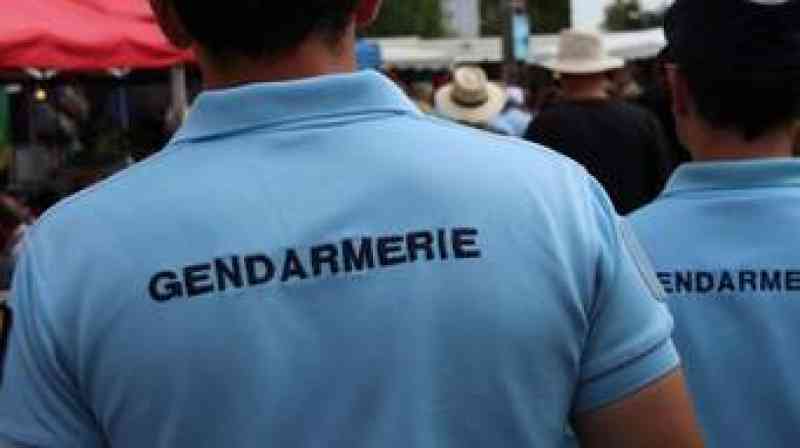 MARIGOT–In view of an alarming accident report in St. Barths compiled by the Gendarmerie on May 25, on the dangerous behaviour of scooter or motorbike riders, it was decided to create a local delinquency treatment group GLTD with the aim in 2018 of stepping up preventive and repressive actions to make the riders of these vehicles more responsible, and to reduce accidents.

Of 4,725 vehicles in St. Barths, 1,842 are 50cc scooters and quads, representing 33 per cent of all vehicles in circulation (10 per cent in France). There have been four fatal accidents since the beginning of the year, all involving two-wheeled vehicles. A meeting to discuss these statistics took place in St. Barths with the President of the Collectivité, Chief of Territorial Police, the Prosecutor’s Office and the Préfecture of St. Martin and St. Barths.
Preventative actions include awareness-raising activities in schools (Collège), implementing training programmes, setting up a “two-wheel practice workshop” and raising awareness of two-wheel accidents for young drivers, seasonal workers and professionals.

Creating awareness at night clubs and drinking establishments, and with two-wheeled vehicle and quad rental companies – i.e., displaying alcohol regulations, prohibition of serving drunk persons, verification of licences, including temporary liquor licences, provision of a means of testing for alcohol before leaving the establishment, installation of a shuttle for customers and staff, verification of the licence and the ability to drive before renting a vehicle.

Raising awareness of the risks of two-wheeled vehicles with companies using seasonal workers (hotels and restaurants) and raising awareness with tourists and seasonal workers on the use of two-wheeled vehicles in St. Barthélemy and the risks related to the topography of the area, and reflection on the quality of the road surface.

Repressive actions include checking the power and sound volume of the two-wheeled vehicles and quads, temporary seizures of two-wheeled vehicles with destruction in the event of nonconformity (motorcycle cross or quad not approved, scooter transformed or in poor condition or originally not established), request for confiscation by the court of other vehicles whose drivers have demonstrated bad road behaviour, and use of additional penalties to suspend licences to drive any type of vehicle.

Harmonisation between the Collectivité and the Prosecutor’s Office on licence suspension scales for road traffic offences, shortening of the toxicological analysis times and screenings of drivers of two-wheeled vehicles, making liquor stores aware of alcohol dangers to the youth, reinforcing controls of establishments serving alcoholic beverages with late closing, criminal proceedings and possible administrative closures.