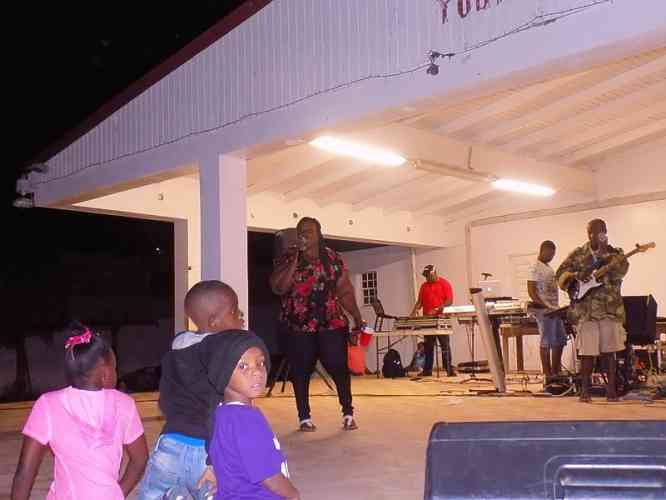 Leader of the Democratic Party Adelka Spanner speaking to the crowd.

The night featured much to eat and drink, as well as persons partying. Children as well as adults had a great time.

DP leader Adelka Spanner came on stage and thanked everyone for coming out and celebrating with them. She also thanked the bands and disc jockey for the great performances.

The musical line-up featured Durvin “DJ Rock” Hook, who started the evening and set the pace for the night. Turbulanzz Band then took the stage, followed by Rebels HD Band. Jam Boyz Band were the last to take to the stage. Each band had its fans coming out, making it a great show for all to enjoy.

The bands thanked the DP for allowing them to be part of its New Year’s celebration. One Jam Boyz band member sent out birthday greetings to Simmons, who celebrated his birthday over the weekend.

A DP member said that all year round when the party has food sales the community shows their support. “At one point we always have to give back,” this person said.