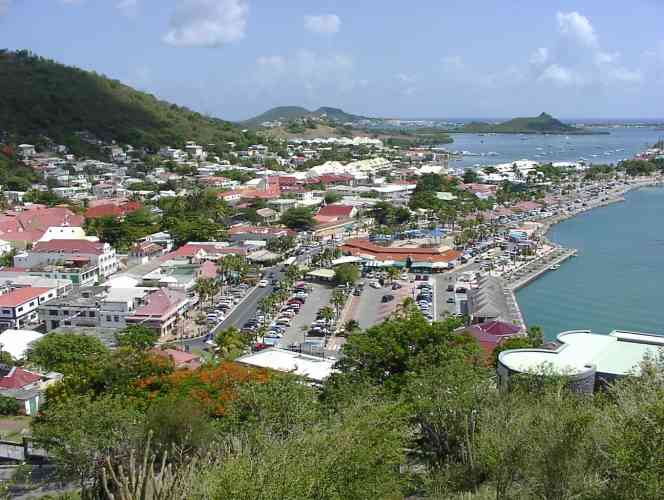 MARIGOT–President Daniel Gibbs confirmed in his opening statements during Wednesday’s Territorial Council meeting that the social income benefit Revenu Solidarité Active (RSA) will be demonetized, from cash to debit card, as of July 1, 2019, as an experiment for four years.

“I would like to acknowledge the work done by our parliamentarians, our Députée Claire Guion-Firmin. The government has heard our request to demonetize the RSA benefit. The government amendment adopted by the National Assembly last week during the examination of the 2019 Finance Bill will enable us to implement this experiment from July 2019 for a period of 4 years.

“I have been fighting for several years on this issue and we can be satisfied with this concrete progress for our community. Demonetization will have two objectives: to support people in difficulty and to allow social benefits to be reinjected into the local economy since part of the RSA will have to be spent in our local businesses.”

The system to be used for RSA is the Cohesia card which was used successfully in the aftermath of Hurricane Irma to help some 4,000 selected families. Some 300 to 900 euros was applied to the cards, depending on the composition of the family. The cards could only be used in St. Martin.

“Carte RSA” as it will be called is seen as the better way to control fraud and abuse of the system, through tightened-up registration requirements and with assurance the money remains in the economy of St. Martin and not disappearing elsewhere.

President Emmanuel Macron on his recent visit to St. Martin supported a demonetizing of the system. In 2016, more than 3,000 persons were RSA beneficiaries and in 2017 the cost of RSA to the Collectivité amounted to nearly 17 million euros per year.

Regarding financial administration, Gibbs said a savings plan was drawn up last month to optimize the Collectivité’s operating expenses and generate room for maneuver to invest in the development of the territory.

“Serious recommendations for savings have been mentioned in the Chambre Territorial des Comptes (CTC) report on 2007-2016 management and I remind you, we are working on it. The reorganization of the Collectivité’s services is on track and will be fully implemented from the beginning of 2019 with the development of a new organizational chart and the recruitment of managers to manage our public policies.

He said the stigmatization of SEMSAMAR in recent weeks had led to a flood of media coverage and all-out speculation that has called into question the company’s integrity.

“I would remind you that only the courts are empowered to dispense justice. I give my full confidence to President Yawo Nyuiadzi and the Board of Directors of SEMSAMAR to reassure the employees and above all to give them an ambitious new direction in the face of the challenges over the reconstruction of Saint Martin. Many have already forgotten the effort made by SEMSAMAR in the aftermath of Irma to help us clear up and distribute food. The solidarity of the staff of Guadeloupe, Martinique and French Guiana also reminded us of the strength and Caribbean influence of SEMSAMAR.

“There was never any question for us of transferring ownership of our structure to anyone. However, when we read the new challenges we face, we must rethink its governance. The Board of Directors has already voted at its last meeting to use an expert firm to carry out this reflection and assist the elected representatives in their task. We will keep abreast of future developments within SEMSAMAR which I would like to remind you the Collectivité is the majority shareholder (51 per cent) and intends to remain so.”

“A word on the Caisse Territoriale des Œuvres Scolaires (CTOS) which has been the subject of much ink in recent weeks. A change of course was necessary. The CTOS is a pending structure: A budget essentially financed by the Collectivité (12M euros), 280 employees, only Category A manager A, one Category B manager to supervise the staff and worrying financial difficulties.

“The presidency of Maud Ascent-Gibs made it possible to draw a precise assessment of the situation and to move towards a complete reorganization of the structure. This reorganization has begun, it was inevitably expected to result in a change in the Board of Directors to address organizational issues.

“Governing is about taking responsibility, about making difficult but necessary decisions. I consider that this has been done, we can now start over with a new roadmap.

“With regard to the reconstruction of the 18 public schools, which has been the subject of much concern. There is still a long way to go before our establishments can function optimally again. Yes, there have been delays due sometimes beyond our control.

“I therefore wanted to strengthen our organization around a dedicated team in partnership with the project director at the Recteur’s office for the reconstruction of schools. I would like to reassure parents and teachers that every effort is being made to improve the children’s school environment every day.

“I would like to remind you that we are in a repair phase but that another, longer phase awaits us, because it is a question of bringing several schools back to anti-seismic standards. This work will be carried out in a second phase.

“The Collectivité is continuing to rebuild the sports infrastructure, all of which was badly damaged by Irma. In the short term, we have launched the reconstruction of the sports facilities. The teams are fully mobilized on this work, which will be delivered by January 2019 at the latest for a total cost of 3 million euros.

“We will focus our efforts over the next three years on rebuilding Thelbert Carti Stadium in French Quarter and Sandy Ground’s Albéric Richards Stadium, which will be our regional competition complex and the new Savannah Sports Centre, which will replace Galisbay Sports Hall, whose roof has been demolished. The building, however, will be preserved and used for another purpose.