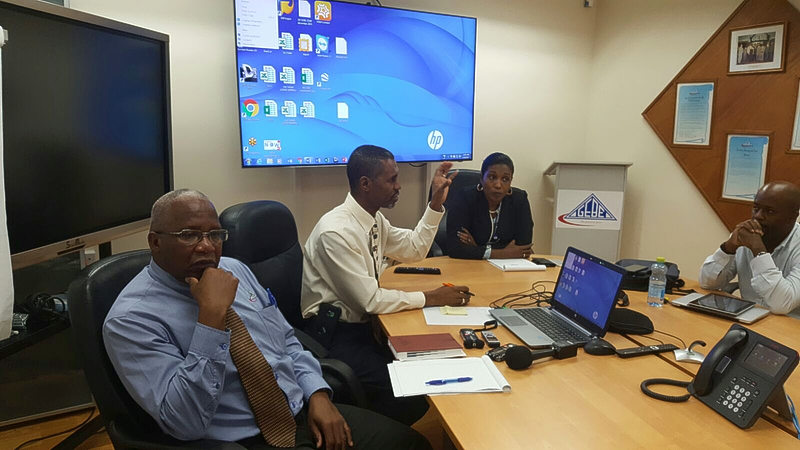 PHILIPSBURG–Accountant Dennis Salomons has been appointed as the new Commercial Manager of utilities company GEBE.

Salomons, who functioned as head of GEBE’s Cash Management Department since 1995, takes over from Iris Arrindell, who held the position before she was appointed the new Chief Financial Officer (CFO) late last year.

Salomon’s appointment, which took effect as of January 2, was announced during a meeting between GEBE management and media representatives on Tuesday. The meeting was the second of its kind held with a view of enhancing the working relationship between GEBE and the local media.

Salomons told The Daily Herald he was excited to take on the new challenge in the company. His main goal is to continue the process of enhancing customer care at the utilities company, catering more to the needs of clients.

This will be achieved through cross-training of staff to be multi-functional and knowledgeable of various areas in the company, amongst other things. The intention is for clients to be able to obtain service at one stop in GEBE rather than having to be sent from department to department to have their concerns resolved.

“We want to focus more on giving clients a better experience dealing with GEBE. If, for whatever reason they may need to deal with GEBE, whether to pay bills or to make a complaint, we want to upgrade and put more attention on clients so that they can walk away with a more pleasant experience,” Salomons said. He said the customer training to achieve this goal had already started and the new customer care plan would be introduced soon.

Salomons began working at GEBE in 1995. He helped set up the company’s Cash Management Department and served as its head until his recent appointment. “I am happy about this new challenge after so long doing [the same job – Ed.], I love the new challenge,” he said about his new position.

The GEBE management team spoke about a number of issues during yesterday’s session with the media, including the company retreat held at The Westin St. Maarten Dawn Beach Resort and Spa last week Friday.

The retreat was aimed at aligning staffers with the changes GEBE wants to achieve under its new management team and on the focus of customer service. In addition to members of management, also speaking at the retreat was Training Professionals International (TPI) Firm operator Natasha Gittens. The reasons GEBE resorts to load-shedding were also discussed at Tuesday’s meeting, amongst other things.