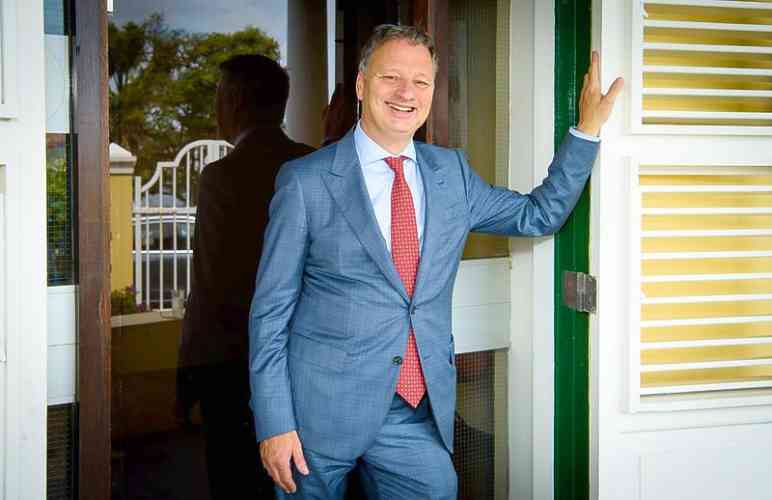 THE HAGUE–The Committee for Financial Supervision CFT is warning against the complete depletion of the St. Maarten Government’s liquid assets as a result of the additional financial expenditures due to Hurricane Irma.

The St. Maarten Government has indicated that it has sufficient liquidity until the end of 2017. However, the liquid assets will have been completely exhausted by that time. This has consequences, also because not all liquid assets are freely available, the CFT noted in its advice on the memorandum of amendment (“nota van wijziging”) to the first 2017 budget amendment.
The CFT received the memorandum of amendment to the first budget amendment from the St. Maarten Government on November 6 with a request for advice. The CFT had already rendered an advice on the first budget amendment in July. However, the St. Maarten Parliament never handled that budget amendment.
The extensive damage caused by Hurricanes Irma and Maria in September has had large consequences for the St. Maarten Government’s finances. The Government had to make additional expenditures – NAf. 50.1 million so far – that were not part of the original 2017 budget. For example, Government had NAf. 7 million in additional expenditures for the Sickness Fund, managed by Social and Health Insurances SZV, as a result of the hurricane.
The budget balance has deteriorated by NAf. 164.8 million, resulting in a projected deficit of NAf. 144.8 million over 2017. The CFT noted in its advice of November 16, which was published this week, that the presented figures were estimates and that these can still change.
“The projected deficit presents a big challenge regarding the liquidity. St. Maarten has indicated that it has sufficient liquid assets to cover the expenditures. However, the choices that are made can create additional problems for St. Maarten,” stated CFT Chairman Raymond Gradus, who urged a “speedy solution” for the “urgent liquidity problem.”
The CFT pointed out that not all liquid assets were freely available and that some had been reserved for capital investments and to solve the payment arrears to the St. Maarten Pension Fund APS and the SZV. These payment arrears are part of the September 2015 instruction of the Kingdom Council of Ministers which prescribes that these backlog payments have to be resolved and compensated in the budget.
“The deploying of these liquid assets does not provide alleviation in the long run and will possibly create additional problems for St. Maarten. In the opinion of the CFT, additional liquidities will remain necessary in the very short term.”
In the meantime, the Dutch Government announced late November that it has reserved 41 million euros in liquidity support for St. Maarten. This amount will be deducted from the 550 million euros the Netherlands has set aside for the St. Maarten Reconstruction Fund.
The St. Maarten Government’s proposed amendment to the 2017 budget will turn the NAf. 20 million surplus that was originally projected, into a NAf. 144.8 million deficit. The initial NAf. 20 million surplus was originally reserved to pay off the payment arrears to the APS and the SZV.
The national ordinance accompanying the memorandum of amendment of early November states that the revenues will be decreased by NAf. 126.7 million to NAf. 351.4 million. The expenditures will increase by NAf. 38.1 million to NAf. 496.2 million.
The St. Maarten Government has classified the additional expenditures as a result of the hurricane damage as an “extraordinary event,” defined in article 25 of the Financial Supervision Law. This article makes it possible to deviate from the norms of said law, which dictates that budgets need to be balanced.
However, deviating from the Financial Supervision Law requires the consent of the Kingdom Council of Ministers. As far as the CFT knows, the St. Maarten Government up to now has not sent a request to the Kingdom Government to be allowed a deviation and to operate with a budget deficit.
Without approval for deviation, the norms of the Financial Supervision Law are still applicable, stated the CFT. This means that by presenting a budget with a deficit, the St. Maarten Government violates the norms of this law. “The CFT therefore advises to reach an agreement with the Kingdom Council of Ministers soon so a decision can be taken on the deviation from the norms,” Gradus stated.