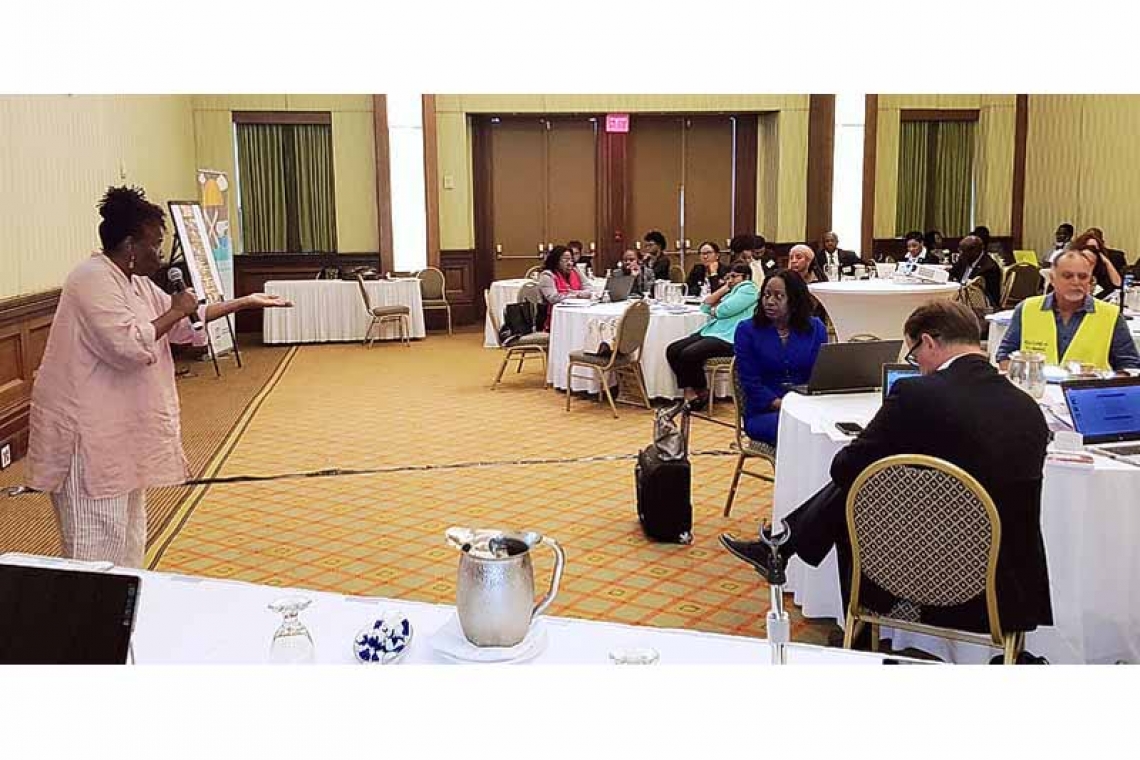 Group photo of attendees at the UNESCO CDEMA workshop on Disaster Resilience in the Caribbean Culture Sector including Head of the Culture Department Clara Reyes and Policy Advisor Department of Culture Rodney Richardson.

PHILIPSBURG–The Department of Culture represented the Government of St. Maarten at the recently held UNESCO CDEMA workshop on Disaster Resilience in the Caribbean Culture Sector in Barbados from March 11 to 12.

The objective of the workshop was to explore how the two sectors, Caribbean culture and Disaster Risk Management can work together in a mutually beneficial context through discussions on the national level, said the Department of Culture in a press release on Tuesday.

On the first day, a number of case studies were presented by different islands in attendance including St. Maarten, which focused on the experiences following the passage of Hurricane Irma and Maria in 2017, said the release.

During the second day, workshop sessions were built around the general themes of the Disaster Risk Management cycle that encompasses preparedness mitigation, response, and recovery and how the Caribbean culture sector can adapt its future strategies to build resilience.

Reyes, Head of the Culture Department said, “There is intrinsic value in the intelligence passed on to us through cultural practices of old. It was gratifying to be part of a platform that created a space of dialogue to connect with traditional cultural practices and that can be woven into current disaster preparedness, mitigation, response and recovery relevant to each community.”

Policy Advisor Rodney Richardson who attended the conference as representative of the Disaster Management Organization remarked, “I learned a lot during this workshop as to how deeply integrated the culture sector is in our daily lives and specifically in context to managing a disaster. From safeguarding important buildings, monuments, valuable artefacts to calling on our cultural practitioners to provide expressions and performances to help to the community to cope with post-traumatic stress, culture plays an important part of managing any type of disaster.”

At the end of the workshop attendees were asked to come together in groups to assist in the development of a “Regional Strategy and Plan of Action for Disaster Resilience and Recovery of the Culture Sector.” The final draft of the proposed plan will be shared with all stakeholders at a later date, according to the release.