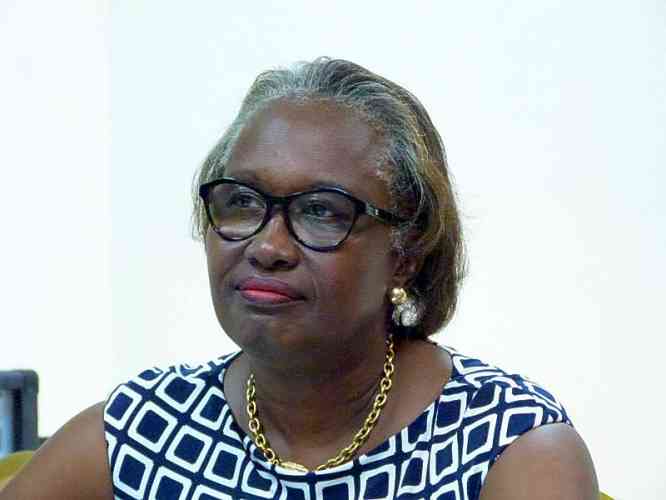 “We are a few months away from a new hurricane season that the population is very apprehensive about and everything remains to be rebuilt on the island of St. Martin” she said. “The economy is struggling to recover and at best we can expect a recovery in tourism for the 2019/2020 season. Companies are still waiting for insurance evaluations and claims to be settled. We fear companies will go bankrupt and lay-off their employees, which would be disastrous from an economic and human point of view.

“In the absence of statistical studies, St. Martin finds itself in a ‘blind spot’ of public policy, making needs extremely difficult to establish, which in turn makes it impossible to conduct a genuine economic policy in the community. A price index must be established and a Gross Domestic Product (GDP) assessed. We have neither a calculation of poverty rates nor data relating to foreign trade; in short, what all French authorities benefit from.

“We hope to create a bureau of statistics in St. Martin. While the European Commission is requesting updated economic data to establish the Multi-Annual Operational Programmes and designate their managing authorities, this lack of reliable assessment tools may further hamper us.

“For the 2021-2027 budget planning period, in view of the scale of the reconstruction project, St. Martin must be able to manage the financing granted by Europe in complete autonomy. Commissioner Corina Crétu announced 49 million euros of natural disaster aid under European Social Funds EUSF. Madam Minister, we wonder about the breakdown of this aid between the Collectivités concerned and the State. No effort should be spared to relieve St. Martin and St. Barthélemy.”

In a previous session, Guion-Firmin questioned the Minister of National Education about the state of schools in St. Martin and the urgency of action. Almost five months after the passage of Hurricane Irma, crisis management is almost complete and the time for reconstruction has come.

“By the end of March, several multi-year investment and catch-up plans will be drawn up to rebuild St. Martin including a plan for financing infrastructure at the expense of the Collectivité, but it does not have the financial means to deal with it. This plan particularly concerns the schools. The Association ‘Union des Parents d’ Elèves de Saint-Martin’ and many teachers have expressed their concerns to me.

“Although the children’s return to school was well announced and effective in November 2017, you should be aware that teachers and pupils were received in extreme conditions, according to a system of rotation in the classrooms and it is inconceivable to be satisfied with part-time teaching.

“The situation of the vocational high school is critical; the learning materials have not been replaced and as a result high school students are falling behind considerably. Moreover, students preparing for their bachelor’s degree are extremely pessimistic. Could you, Minister, give us

some concrete information on the measures put in place to improve conditions for pupils and teachers?”

Answers to these questions were not made available in the release sent by the Députée’s office.