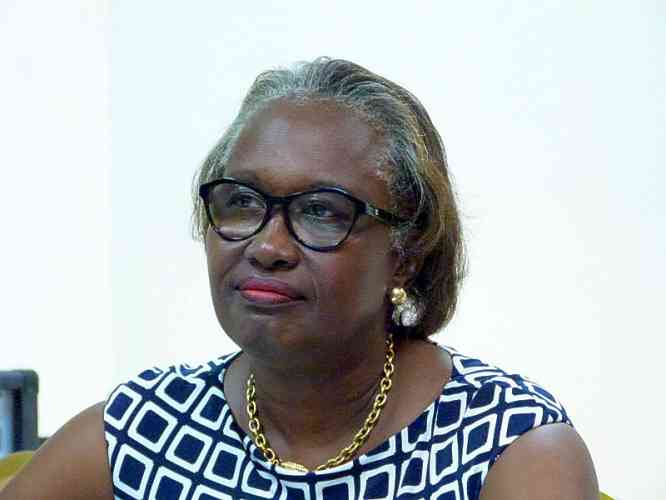 MARIGOT–Echoing the sentiments of President Daniel Gibbs on Tuesday, the Députée (Member of Parliament) for St. Martin and St. Barths, Claire Javois, said Wednesday the announcements made by the French Government at the fifth Inter-Ministerial Committee Meeting for Reconstruction in Paris on Monday were “disappointing and deceptive.”

“They are disappointing because they do not correspond to the announcements made in St. Martin by the President of the Republic Emmanuel Macron, nor are they consistent with the reassuring words of the Prime Minister and his Government,” she said in a statement. “So, we ask ourselves, was it all just talk and posturing or a communication strategy?
“Deceptive, because the shocking figures do not correspond to a net financial aid. Of the 493.6 million euros of national solidarity announced in total, the State is integrating the European Union’s aid, the reconstruction of its own infrastructure – Préfecture and Gendarmerie, granting of a loan, moratoriums etc., all measures which will have to be repaid!

“The Collectivité submitted to the State a multiannual investment plan for reconstruction of 210 million euros, but only 21 million euros (15 million to schools and six million to social housing) of what they call ‘exceptional aid’ will be allocated to the Collectivité. Even if this gesture is appreciated it is not up to the level clearly stated by Emmanuel Macron: ‘We will do it quickly, we will do it well and we will do better, I want this reconstruction to be exemplary and sustainable,’ Macron said on his visit to St. Martin in 2017.

“How can the Collectivité come up with a budget for April 12, 2018, without sufficient funds needed to secure and rebuild homes, roads and rehabilitate schools? The inter-ministerial delegate representing the State was quoted as saying: ‘The French State was keen to favour a logic of national solidarity, whereas it was not obliged to do anything about it because of the statutes of the two islands, which have fiscal autonomy in particular’.
“Are we accountable for national solidarity? Are we a victim of our autonomy?” Javois questioned, “I cannot believe that France, which has pledged before the United Nations to devote 0.7 per cent of its wealth to international solidarity and the development of the poorest countries is minimizing the aid it gives to one of its territories after such a natural disaster.

“There is no doubt that the next inter-ministerial meeting in June 2018, where a multi-annual catch-up plan will be presented, it will be an opportunity to prove to us that national solidarity is not just a concept or a bargaining chip.”