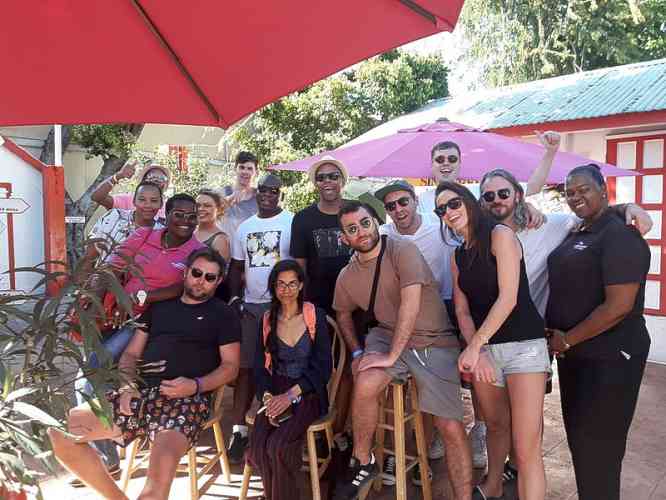 “The travel and music experience received by these international media reps will go a long way and should be very rewarding for destination St. Maarten/St. Martin.

“This was a great opportunity to promote our destination experience internationally and we look forward to the fourth edition of the SXM Music Festival,” Johnson said on Tuesday.

DJ magazine is one of electronic music’s best-loved brands that started in 1991 as a print magazine to reflect the emerging UK electronic music scene. It is now a global multimedia brand with assets spanning print, web, video and events. DJ magazine is translated into 10 languages every month and read and respected worldwide.

Amuse is a re-imagined record label company that offers free music distribution to everyone and record deals to artistes. Amuse was founded in Stockholm in late 2015 by a global team of music industry experts. It has offices in Stockholm, Los Angeles and a presence in London, Miami and Bogota.

“The group got an opportunity to take pictures at some of our beautiful beaches. Their day also included stops at Topper’s Rhum Distillery, Rainforest Adventures and Guavaberry Emporium, and lunch at Lazy Lizard on the boardwalk [Boardwalk Boulevard – Ed.]. They had a great time and enjoyed the tour very much. They are looking forward to returning to our shores,” STB reps said.

“The travel trade media are key to destination promotion and their digital content will be viewed by potential travellers in all markets. It was very important for us to connect with international media and influencers to get the word out that the destination is back and open for business,” said STB Interim Director May-Ling Chun.