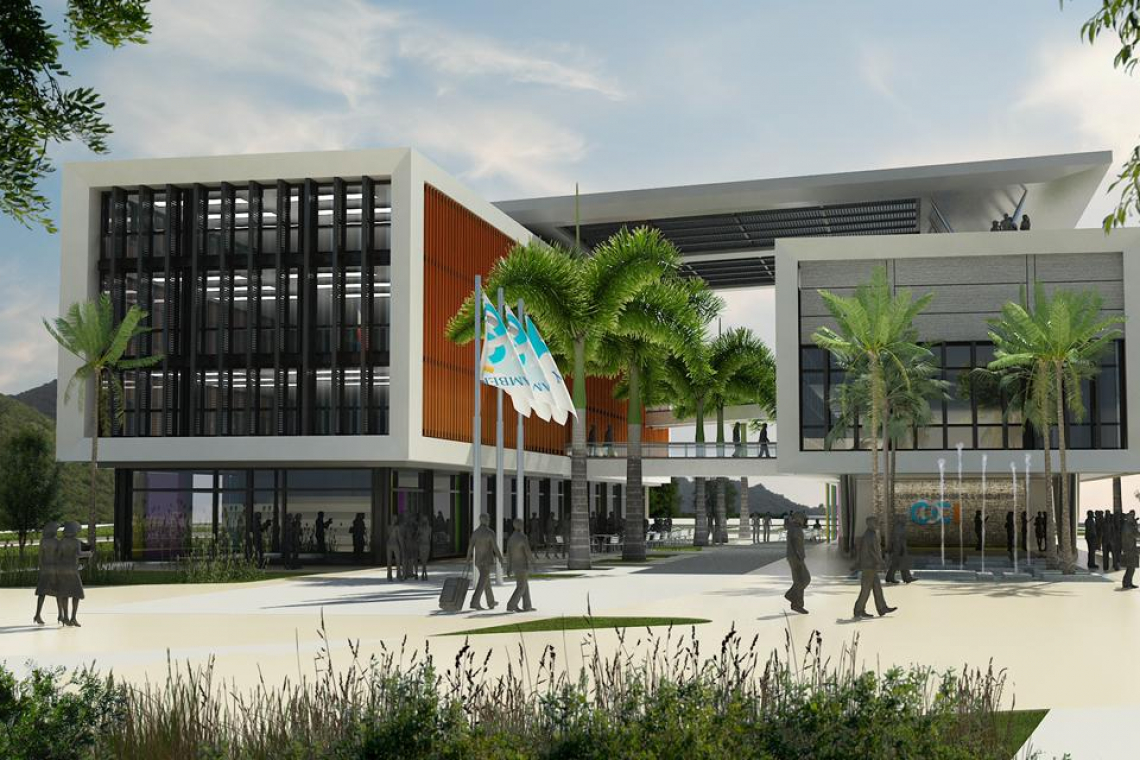 An artist's impression of Pelican Park.

PHILIPSBURG–The development of a professional office park named Pelican Park, on Walter Nisbeth Road (Pondfill Road) where the former Air Lekkerbek restaurant was located, is part of the future goals of St. Maarten Chamber of Commerce and Industry (COCI).

COCI Board President Jennifer Carty told Members of Parliament (MPs) on Tuesday that the project had been in the pipeline for quite some time already, since 2015. An agreement had been signed between government and COCI for the initiative. She said Pelican Park is an economic service centre which was deemed necessary for Philipsburg and the Philipsburg area. It was also deemed necessary to have the development undertaken by an independent entity.

Building 1 of Pelican Park will house the COCI Office and Business Support Center. Building 2 will house independent offices that can either be purchased, leased to own or rent, as well as a food and beverage facility or full business restaurant; while Building 3 will comprise rental spaces for entrepreneurs and eating areas. The building permit for Pelican Park is currently pending approval.

Other future plans of the Chamber include the continuation of the export-ready project; economic diversification; a survey to determine the readiness of businesses to export products or services; collaborating with stakeholders to remove barriers for export and advocating for international payment gateways.

Other future plans include legislative amendments to allow for e-documents and e-signatures; online registrations and modifications; request data online (paid service); possible integration with E-government and aligning with stakeholders for a single source of truth.

Current plans are the introduction of the processes and procedures based on amendments to the Financial Action Task Force (FATF) laws by making public the names of business in default in Q2; announcing a timeline for the de-registration of these businesses and putting in place a plan to handle case by case reviews (see related story).

Carty’s comments were made as part of a presentation on COCI’s current and future plans during a meeting of Parliament’s Committee of Tourism, Economic Affairs, Transport and Telecommunication (TEATT) on Tuesday.