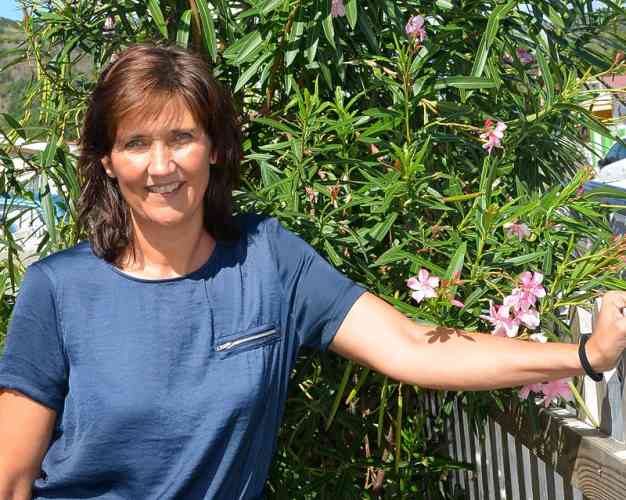 ST. EUSTATIUS–“Children really are our future and we should do everything to ensure that their rights are safeguarded,” says Dirkje de Jong. For the past sixteen years, she has been working for Child Care and Protection Board in The Netherlands to promote the goals set down by the United Nations Convention on the Rights of the Child since 1989. She is currently in St. Eustatius to play a similar role.

“My official title at [United Nations Children’s Fund – Ed.] UNICEF is senior advisor child protection. When we talk of children’s rights, our focus is on supporting families and communities recognizing that children need all the care and opportunities to reach their full potential. Sounds simple, but in reality, this is more complex.”

The kind of rights De Jong seeks to address include a long list of community and family issues, such as the right of children to express their opinion and to participate in the community, their right to education and healthy environments and to be protected against domestic violence, discrimination and sexual abuse.

De Jong’s other priority is the main reason for her work on the “Historical Gem.” UNICEF was asked by Acting Governor of St. Eustatius Julian Woodley to monitor the wellbeing of evacuated children from St. Maarten. UNICEF appointed De Jong to perform this job for 65 children that were evacuated from St. Maarten after Hurricane Irma.

“Irma was a traumatic experience for these children and I am delighted to report that Statia is looking after them very well. When they first arrived, some were naturally fearful for the next burst of rainfall or clap of thunder. They also felt disconnected from their parents. Statia families and schools have taken them under their wing,” De Jong said.

Statia is a small community with a big heart, according to her. “The whole island came together to support these children, some of whom were as young as five years old. We also have some great teachers on Statia who know how to encourage their pupils to redirect their focus on the future, rather than dwell on the disaster.”

De Jong hails from Dokkum, a town in Friesland province in the northeast of the Netherlands. “In Dokkum, everybody knows everybody’s business, so there is much social control. But what you see in Dokkum and on Statia is a love for loving kids. We are all kids at heart and our inner child relates to the need to feel safeguarded and sound.”

Her method in looking after the wellbeing of evacuees and in promoting children’s rights in Statia is simple. “Fun is a creative catalyst for meaningful mind change.” she explains.

De Jong is not doing this alone. She has partnered up with a variety of organizations, such as Mega D Youth Foundation (MDYF), Daughters of the King (DOTK) and schools.

Last month, a Kingdom-wide film production was launched in conjunction with MDYF and DOTK. The UNICEF Child Rights Film Festival is to make children aware of their rights. Statia children ages 9-12 years, including some of the evacuated children from St. Maarten, were invited to make drawings of how they understood their rights following a lesson on the subject. The Film Festival is supported by the Ministry of Home Affairs and Kingdom Relations.

“Children will work in teams to make video clips from six of the best drawings,” De Jong explained. They help create the script, choose their own props and do all the acting. These “movie stars” are expected to make some powerful statements about their needs and what child rights mean to them. An independent jury will select the winning film.

De Jong said the drawings reflect some important themes. “For example, the theme of unwanted sexual interest from fellow pupils or from anybody else is carefully and creatively communicated. One drawing complains about smoking cigarettes in the home and another deal with drug and alcohol addiction. But friendship and what the right to education means to children is also being addressed.”

A viewing of the movies for participating children and their parents is scheduled for Thursday, January 18, 2018, at MDYF.

Writing on the wall

The UNICEF advisor said she had the support of the Public Entity and many social groups on the island, including schools, churches and New Challenge Foundation. The educational department at Dutch Government Service RCN has also been supportive.

The activities do not end here. UNICEF is planning a similar themed wall competition for children 4-18 years old.

De Jong is uncertain for how long UNICEF will continue its educational work with child rights on Statia. Nevertheless, the organization has already invested two years in the process and is committed to continuing its support over the coming years, where needed.

“I love Statia,” De Jong concluded. “Whereas I note that cooperation is not always easy between various groups on the island, when it comes to children, everybody comes together. That is great for the children and even greater for their rights.”