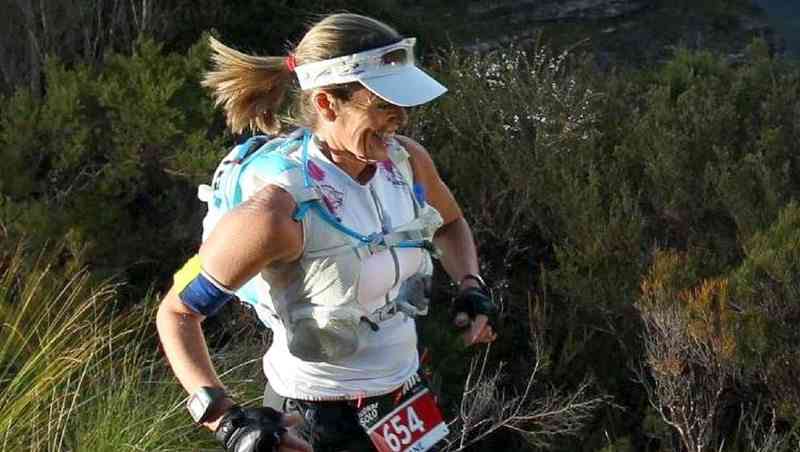 Jane Trumper, the first woman to run across the 660K of Simpson Desert in Australia, is one of the elite group of runners arriving on Tuesday for the marathon. (Photo Newcastle Herald)

PHILIPSBURG–Record-breaking runners from eleven countries are coming back to St. Maarten for the fourth time to take part in the cruise marathon challenge.

A new batch of runners will now be arriving in St. Maarten to run the third edition of Southern Caribbean Challenge on Tuesday, June 4.

During the seven-day challenge, 22 runners hailing from USA, Germany, Czech Republic, Canada, UK, Poland, Australia, Pakistan, Italy, Taiwan and the Philippines will take part in seven marathons on six Caribbean Islands and onboard the cruise ship.

This year again, the group includes runners from around the world with exceptional running résumés. Between them, they have broken 15 World Records and some have run a marathon in more than 100 countries. Combined, these runners have completed more than 2,000 marathons around the world.

The Southern Caribbean Challenge has started with a marathon in Puerto Rico on June 2. Runners will then board the cruise ship Carnival Fascination and run the second marathon in St. Thomas, US Virgin Islands, before taking on the third marathon in St. Maarten.

The course starts at the port in Philipsburg, into Pointe Blanche before going to Fort Amsterdam, then returning to the Boardwalk and running repeated laps up and down until completion. The marathon is organized by Tri-Sport.

From St. Maarten they will sail towards St. Kitts, St. Lucia and Barbados before running the seventh race of the challenge aboard the cruise ship. The cruise ship marathon entails running 233 rounds of the track; possibly the hardest of the races due to the repetition and moving ship.

Said Founder and CEO of Z Adventures Ziyad Rahim: “We have a star-studded line-up of marathon globetrotters on this trip. The oldest competitor is 73 years young and the field includes multiple World Record holders in various categories. Runners on the trip have run marathons all over the world. However, these are all new countries for them, and they are eagerly looking forward to this adventure.

“We hope local runners will take part as well; as it would be a great experience for them to meet our group. All our runners are amateurs. Some are doctors, lawyers, teachers, diplomats and bankers. But we all have one thing in common; the love for travel and running. In short, we are a United Nations of runners hopping from island to island, country to country and sharing the tarmac with like-minded people all over the world”.