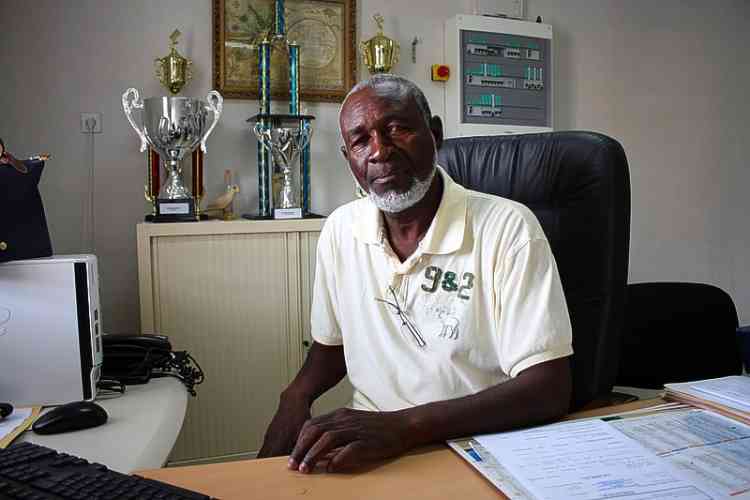 MARIGOT–District six representative Georges Richardson has suggested many persons or families in difficult situations in Sandy Ground have missed out on receiving the State’s Cohesia debit card, and questioned the Préfecture’s criteria for choosing who the card should be issued to.

He raised the issue based on the number of daily enquiries at the association’s office in Sandy Ground by persons wanting to know why they have not gotten the card, or how to obtain it.
In the aftermath of the hurricanes, French Prime Minister Édouard Philippe announced, as an emergency aid measure, 4,000 pre-selected families in dire situations would receive the one-time debit card, valued at between 300 and 900 euros depending on the composition of the family. The card was to be used only on the French side for purchasing necessities.
“The people are frustrated, surprised, and angry because they feel there is a scam going on over how this card is distributed,” said Richardson. “The ones who really need it are not getting it. Sandy Ground is already poor, with unemployment, and its location means it was hit hardest by the hurricanes. I believe justice has not been served where this card is concerned. I tell these people, many of them elderly, that it is not our association that makes the distinction for who gets the card and who doesn’t.
“There must be an investigation into this because the right people must get the card. If not, it is just going to create anarchy in the country. There are a lot of problems in Sandy Ground since the hurricanes and it’s important to defuse a problem before it turns into a monster otherwise people are going to start looting again.
“Yes, the State is doing a good job in making sure the districts receive food distribution, but that card could have been a big help to senior citizens. There are rumours circulating that some people have the card who don’t really need it, and some people who work for the Collectivité have the card. What is going on? We need to get to the truth. I am trying to provide answers to the people, but it seems I am the villain here.”
Richardson indicated he would not be running in the district elections in January 2018, but would still be very active in supporting the inhabitants of Sandy Ground.
No immediate answer to these concerns could be obtained from the Préfecture due to the Christmas break.