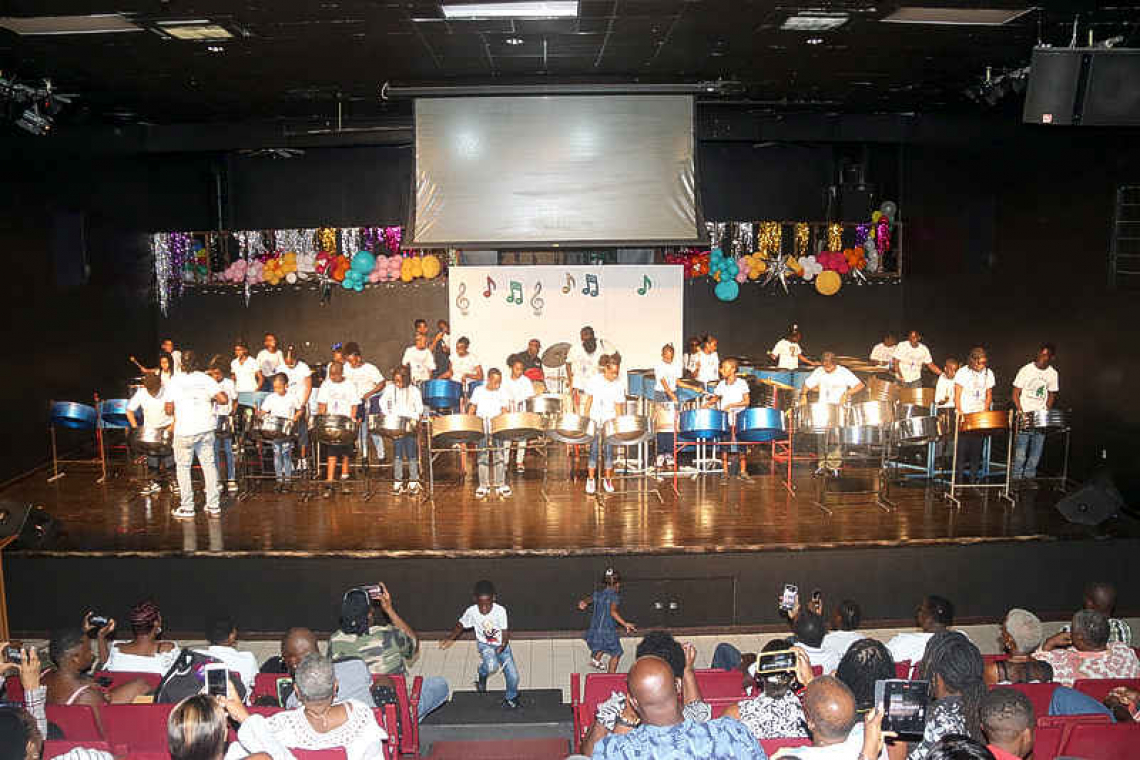 One of the steelpan groups performing on stage at the Philipsburg Community Centre. 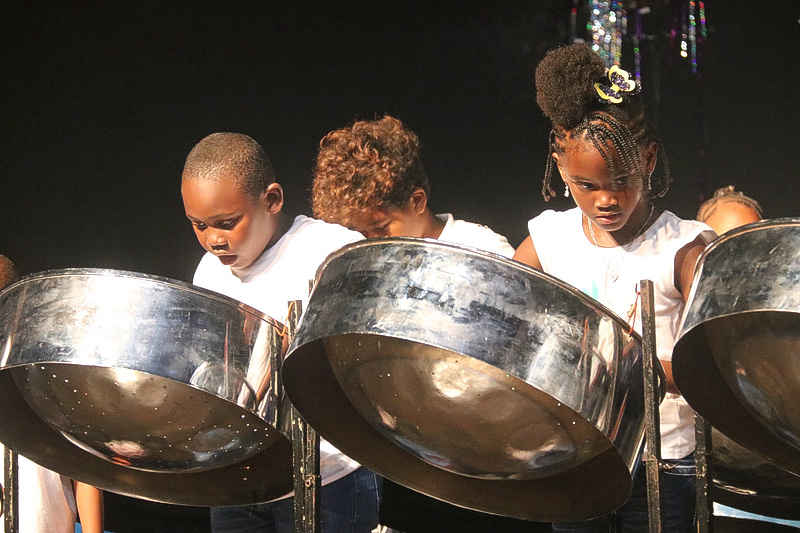 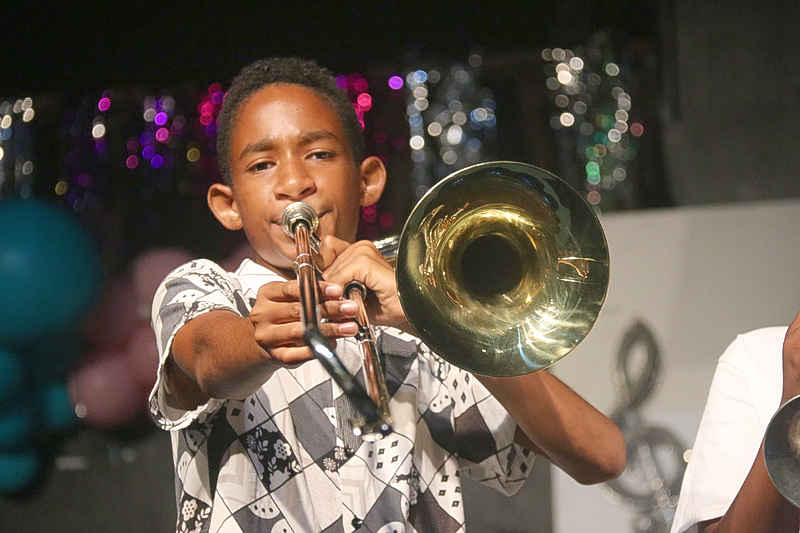 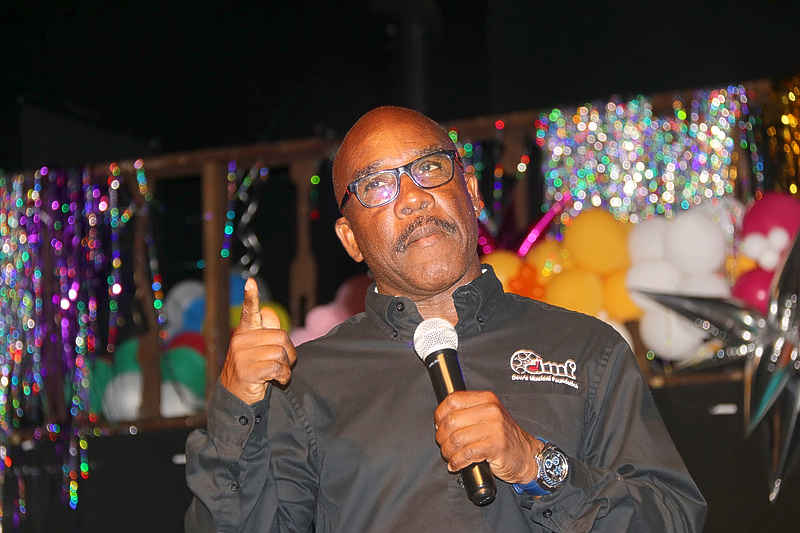 Isidore “Mighty Dow” York, founder of the foundation with its main objective to educate, preserve and promote the art form of steelpan music in St. Maarten, said at the start of Sunday’s show that 120 students had participated in the summer camp, ranging from age seven to persons in their 60s.

During the concert, the summer-camp participants showed on stage what they had learned. “Five weeks is not enough to perfect things, but it is enough to whet someone’s appetite” in learning to play a musical instrument, York said.

Even though steel pan music is the main focus of DMF and its Ebony Steel Orchestra, other musical instruments were featured during the first part of the show, with students showing what they had learned on piano, (bass) guitar, tenor saxophone, trumpet, trombone, clarinet, and also in song and a wide range of percussion instruments.

After the intermission, several groups of junior and senior steel pan players took to the stage, bringing the concert and the 2022 summer camp to a resounding close.

The summer camp not only consisted of music lessons, but also included a wide range of other fun activities, including a scavenger hunt at Emilio Wilson Park.

During the new 2022/2023 school year, DMF will be teaching (steel pan) music in several primary and secondary schools on the island, and will also be providing after-school programmes.

At the end of the show, York thanked a wide range of individual sponsors and organisations that had made this year’s summer camp possible, including main sponsor Resources for Community Resilience (R4CR) and the representative of the Netherlands in Philipsburg VNP.