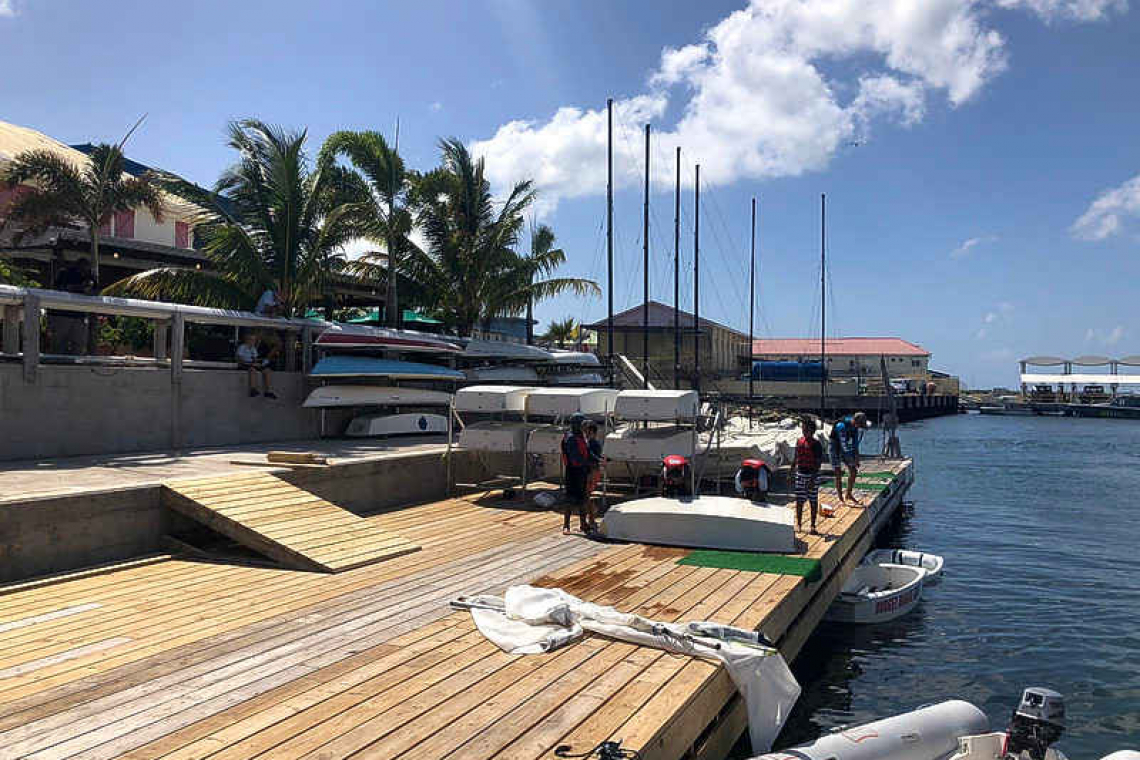 The mega yacht GO lost its steering capability on Wednesday, February 24, after suffering a computer malfunction as it was lining up to exit the lagoon through the Simpson Bay bridge.

The malfunction caused the yacht to plough into the yacht club’s dock twice, bow first, before a back-up system could be engaged to return the vessel to its dock at Isle de Sol Marina.

Korteweg also confirmed that the mega yacht’s insurance had paid for all the damage.

“Right after the accident we built a temporary floating dock to connect with the concrete dock. Then we looked at rebuilding the wooden dock,” Korteweg explained. “Our first priority was to get the sailing school operational. Budget Marine offered us a piece of their land to store some of our boats and we also used Isle de Sol to store some boats. It was challenging from an organisational perspective, but we managed to keep the sailing school going at full capacity. That was our priority.

“As for the dock, we just rebuilt what was there. There was no plan to tear it all down and build something new. But we did have the opportunity to improve it by strengthening the structure with extra beams, etc. The size of the deck and its functionality are the same. We did also include a ramp to make launching boats easier.”

Korteweg said the yacht club is very happy and appreciative that the mega yacht’s captain acted honourably and understood the yacht club’s status as a non-profit organisation (NGO) in that the yacht club did not have to wait long for the settlement.

She said she hopes going forward that the crew of GO, when they return, will join in the yacht club’s youth sailing programmes. “What could have been a very serious drama, has actually turned out very positively.”

Shore Support’s Simon Manley, the agent for GO, said the vessel’s captain Simon Johnson had been instrumental in getting the insurance settlement paid to the yacht club quickly.

“He put a lot of weight behind it to get the yacht club paid quickly without quibbling over the bill,” said Manley. “There was pressure to do that and to get the money in advance so there wouldn’t be a cashflow problem. He’s been absolutely true to his word.”

Aside from the insurance settlement, Manley indicated the captain’s intention was to donate two boats to the Youth Sailing division, probably Optimists, and to wrap them in turquoise vinyl. This offer will be re-confirmed with Johnston and has been left in Manley’s hands to organise once all the mega yacht’s bills have been paid.