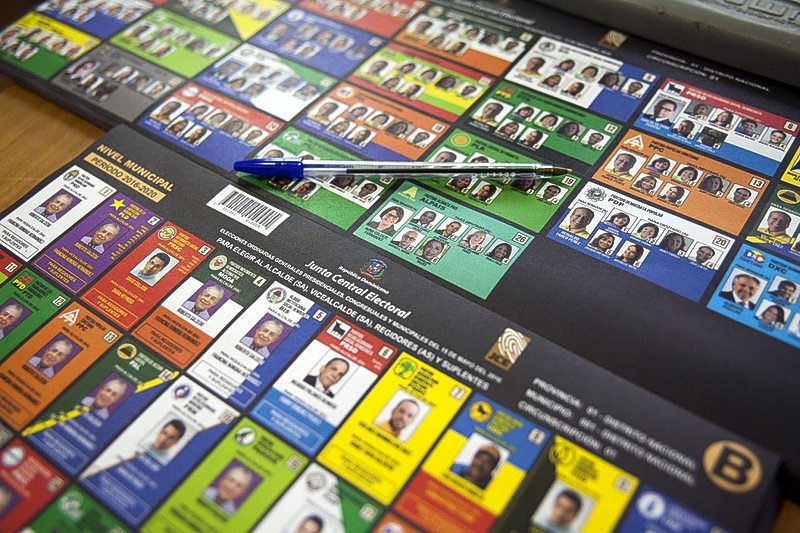 In preliminary results from 15 percent of polling stations, Medina’s coalition won 61 percent of the vote, a margin that if sustained would be enough to avoid a runoff election in June.

A noisy motorcade of Medina’s supporters drove through the capital on Sunday night blaring music in celebration of his apparent victory.

The election was marred by a shootout at one voting center, long lines and grumbles from smaller parties over the method of counting.

Authorities allowed voting to continue for an extra hour until 7 p.m. (2300 GMT) after delays at some centers.

A left-of-center economist, Medina has had high popularity ratings during the latter part of his four-year term in the country of 10.4 million. Electoral rules were changed to allow him to run for a second consecutive term.

“I won’t be satisfied until progress reaches everyone, when growth means a table full of food for everyone,” Medina, 64, said at a rally to close his campaign on Thursday.

Medina’s Dominican Liberation Party has been continuously in power since 2004.

Abinader promised to double down on social spending and reduce crime. The challenger also focused on allegations of corruption related to a power plant awarded to Brazilian engineering conglomerate Grupo Odebrecht.

Medina has yet to refer to the Petrobras scandal, but he did admit the Brazilian political strategist was his top adviser. Santana has called the allegations against him “baseless.”

With the fastest growing economy in Latin America in 2014 and 2015, Dominican Republic is wealthier than Haiti, its poor neighbor on the island of Hispaniola.

Medina has overseen the repatriation of tens of thousands of people with roots in Haiti. The policy is popular at home but condemned by human rights groups.

Despite the strong economy, many Dominicans struggle to meet basic needs, and poverty rates rose to 41 percent in the first year of Medina’s term, according to the World Bank.

New schools and health spending in recent years have won Medina support, and poverty has started to decline.

The remaining six candidates combined had less than 4 percent of votes, including the first two women running for the presidency in a Dominican election.