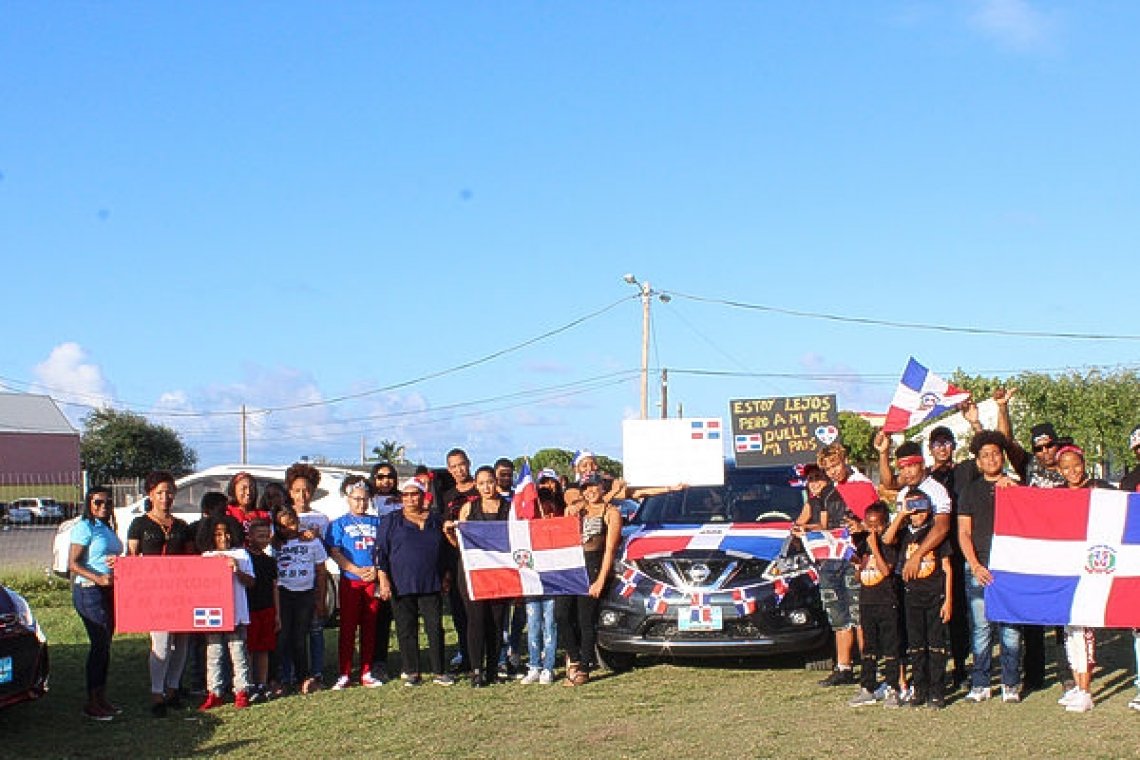 Participants in Thursday’s motorcade protesting the postponement of municipal elections in the Dominican Republic.

One of the parade organisers said the parade’s attendees had dressed in black because they were protesting the fraud that allegedly was committed pertaining to the election scheduled to be held on February 16, but postponed until March 15.

The Dominicanos in St. Eustatius are protesting the change in date because the government of the Dominican Republic has not given an explanation for its decision to postpone the election.

That is why some nationals of the Dominican Republic utilised their Independence Day to protest against government corruption.

Many at the parade stated that they want to know what happened to cause the election postponement. They said the reason needs to be given before the presidential election in the Dominican Republic, which is scheduled to take place on May 16.

Many persons at the motorcade held placards with protest messages. Just before the group left for their tour around the island, they joined in singing the national anthem of the Dominican Republic, which concluded with loud cheers.

Their cars were decked in the Dominican Republic flag and colours. The motorcade started at the F.D. Roosevelt Airport parking lot and concluded at Wilhelmina Park, where a celebration was held. The motorcade was escorted by officers of the Police Force Caribbean Netherlands KPCN.