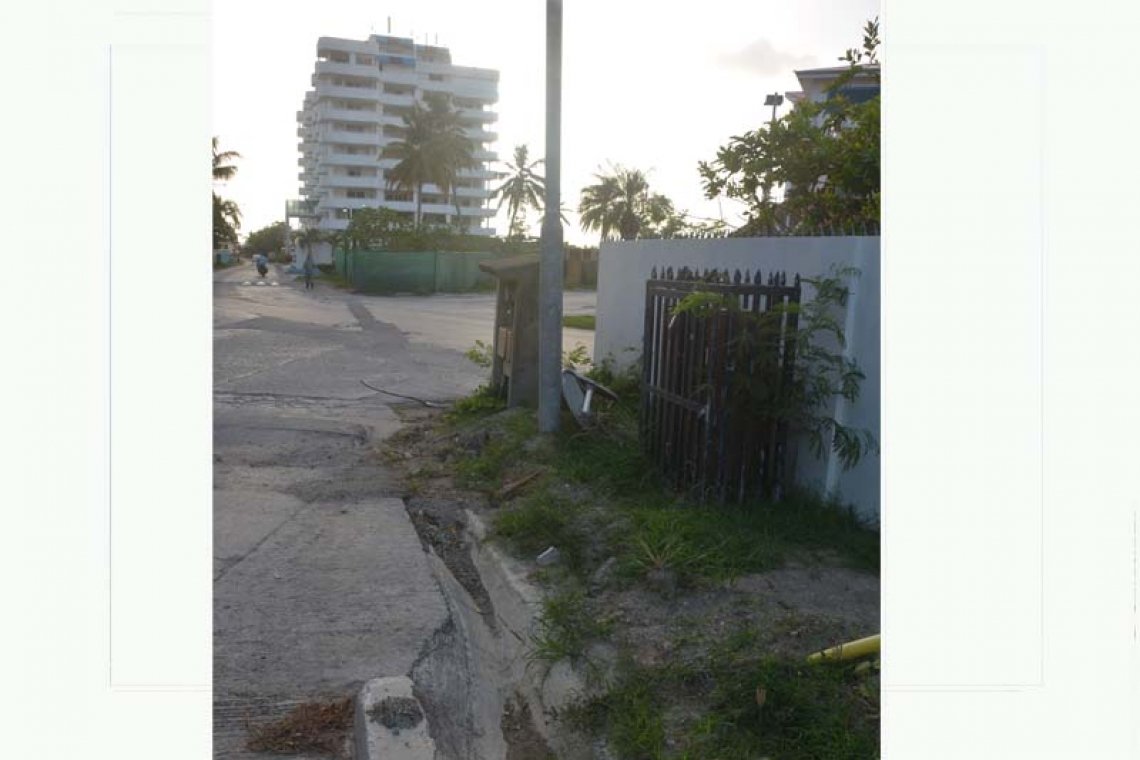 The recently-installed drainage pipe on Billy Folly Road connects to this trench on The Corner Road, which apparently was blocked by sand and other debris on Wednesday.

PHILIPSBURG–In light of complaints that water is still settling on Billy Folly Road despite the recent completion of a drainage project last month, the trenches and drains in the area are to be regularly cleaned so excess water can flow freely.Minister of Public Housing, Spatial Planning, Environment and Infrastructure VROMI Egbert Doran made this announcement during the live virtual Council of Ministers press briefing on Wednesday.

The area’s business owners and residents have been complaining that Billy Folly Road still floods after rain showers.This became particularly evident on Monday after a brief but hard shower caused water to settle from Burger King to the entrance of Greenhouse Restaurant and forced drivers to cautiously crawl along the flooded street.

When the project was completed, Doran applauded VROMI staff and the contractor for completing the project because “residents and visitors alike can now safely use the area.” The project installed a new underground drainpipe along Billy Folly Road that connects to the trench on The Corner Road. Doran defended the project on Wednesday. He said that while pools of water may still occur when it rains, the new drainage project alleviates the flooding more quickly than what was in place before.

“Maybe in less than 45 minutes all of the water was gone [after recent heavy rainfall – Ed.]. For me this is a great improvement because [water] has been settling for sometimes days in this particular area. So once, in the meantime, 45 minutes maximum, the water is cleared up, this is definitely an improvement and a step in the right direction,” he said.

Doran hinted that blockages in the trench on The Corner Road may be the cause of the continued flooding. Because we are in the peak of the hurricane, he said VROMI’s Department of Infrastructure Management will be conducting “regular maintenance of the drains and trench to guarantee the swift flow of the water.”

The Daily Herald visited the area around 5:00pm Wednesday, about three hours after a rain shower. The drains leading to the newly installed pipe had stagnant water about a foot below street level and the trench on The Corner Road had large amounts of sand and other debris blocking water from entering the pipe. There was also standing water in the trench.