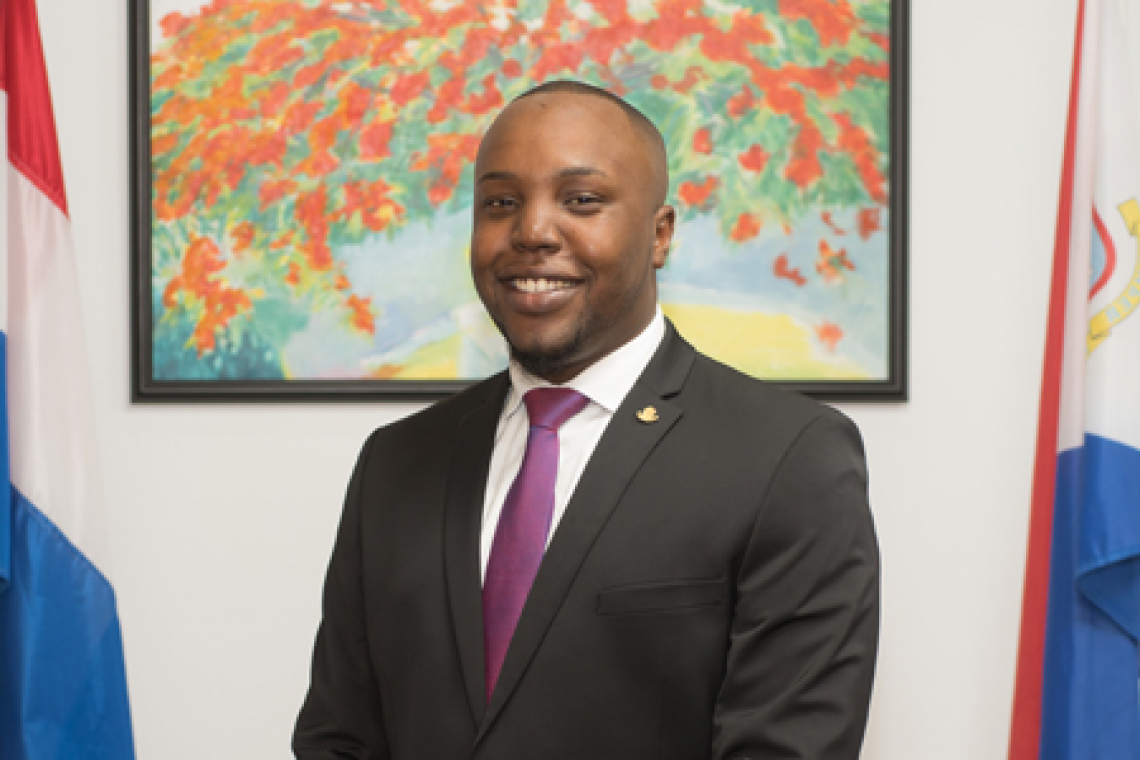 PHILIPSBURG–The procedures put in place for the bidding process for waste disposal contracts seem to have caused what VROMI Minister Egbert Doran has referred to as “a bit of an uproar” amongst various stakeholders.

Independent Member of Parliament (MP) Christophe Emmanuel recently expressed concern about complaints he had received about the tendering process to award new waste disposal contracts. Emmanuel said that if some of the “very worrying” information he has received were true, legal challenges and consequences could follow, casting doubt and suspicion over the entire tendering process.

When asked about the matter by The Daily Herald during the Council of Ministers press briefing on Wednesday Doran said: “All procedures related to the ensuring of a proper bidding process were put in place this time around. This was done in order for the bidding process to take place in a transparent manner. Whether there were any hiccups and so forth, they were addressed immediately.

“Apparently, it seems to have caused a bit of an uproar amongst various stakeholders, as little to no procedures were ever enforced previously. As far as the article [from MP Emmanuel – Ed.] is concerned, anyone can speak their mind or publish their personal opinion all day long. As the Minister of Finance mentioned, it is our duty to fact-check those things and for me, the most important part, is keeping it transparent with the people of St. Maarten.

“Therefore, once this process is finalised, I have no problem going to the floor of Parliament and giving a full presentation as to the different methods we introduced and those that were – well, there were none before in terms of processes and so forth. So again, I urge the people of St. Maarten to be vigilant. Read properly and also be able to see through things that don’t make sense. It is our responsibility to bring you the facts and you will be able to judge for yourself.”

Doran said also that no internal investigation is taking place in the Ministry of VROMI at the moment.

He said the bidding process has not been finalised and as such he will not be able to divulge information concerning this currently, as doing so could “potentially harm the integrity of the entire process.”

“When this process is finalised, I will be definitely more than willing to make it public, because it is public funds that we’re dealing with,” he said.

Emmanuel had said that complaints he received ranged from the process being rigged in favour of some, to bids being changed illegally, and no transparency extended to companies. Another point of contention for some companies, Emmanuel had said in a recent statement, was the reported removal of certain bid criteria, then having the same criteria re-inserted.

“These alleged inconsistencies leading up to the bid have contributed to the suspicion of wrongdoing in the process. I would assume that the tender terms of reference and other documents were vetted prior to the start of the process. So why all the reported inclusions and exclusions?” the MP had said.

In the information meeting about the tendering process, it was stated that this performance guarantee requirement would not be included. This was welcomed by the smaller and newer companies. However, when the minutes of the meeting were presented two weeks later, VROMI indicated that it would indeed be included in the terms of reference. The smaller companies saw this as a disadvantage, as it created an unfair playing field for newcomers, Emmanuel had indicated.