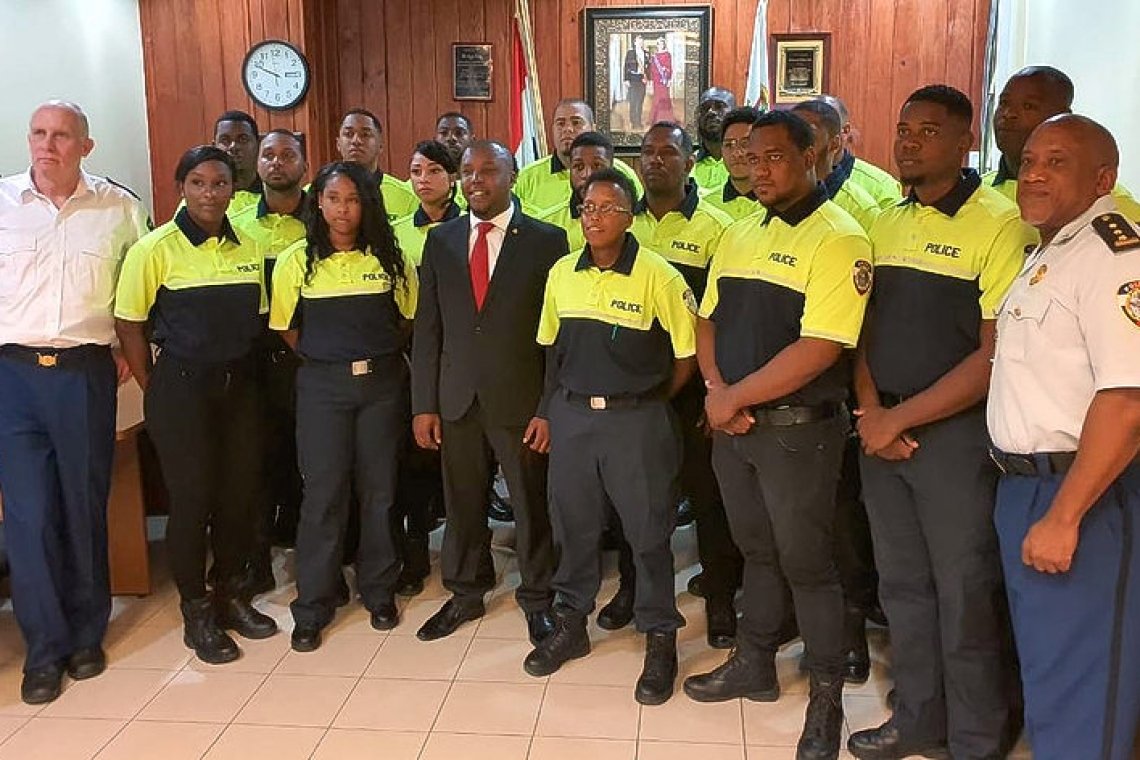 PHILIPSBURG–Justice Minister Egbert Doran administered the oath of office to about twenty police cadets in a ceremony held at the Philipsburg police station on Monday, February 3. This marks another milestone in the cadets’ training to become police officers.

This group of cadets started training towards the end of 2019, taught by trainers from the police academy in the Netherlands. Taking the oath of office is a vital next step in the training process, because unsworn cadets cannot conduct certain tasks, said police.

During his congratulatory message to the cadets, 27-year-old Doran expressed “great satisfaction” that they are “taking on this bold step to become members of the Police Force of St. Maarten,” especially considering that many of them are his age and some are former colleagues.

“Taking this step should not merely be a job, but a job that you should love while having a strong desire to serve your country, which would help you to carry out your tasks with pride and dignity,” said Doran. He also encouraged the cadets to trust themselves and strive to be the best police officers they can be.

Chief Inspector Rob Appelhof of the police academy in the Netherlands, who is tasked with police training for the Dutch Caribbean, also attended the ceremony and wished the cadets well. He asked them to do their utmost to develop themselves and become proud police officers.

Police Chief Carl John told the cadets that a career in the St. Maarten Police Force KPSM will “change their lives” and reminded them that “it all comes down to integrity, respect and being a role model, on- and off-duty, while serving and protecting St. Maarten.”