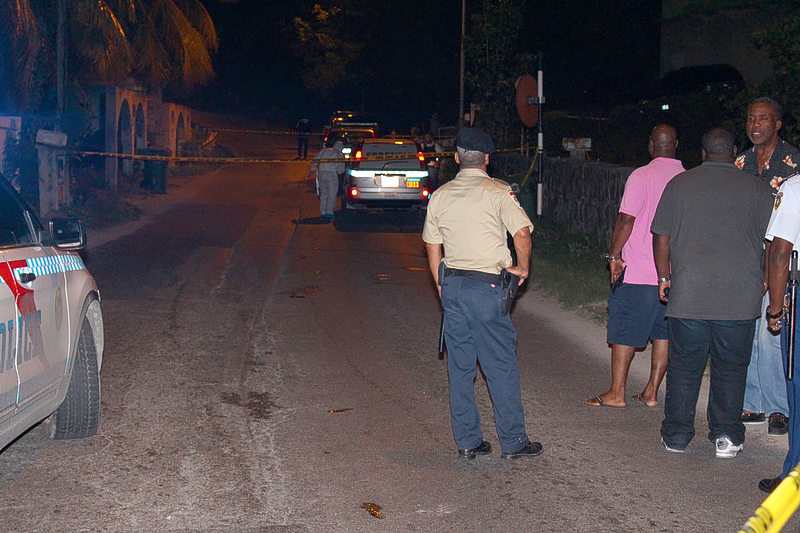 SUCKER GARDEN–The first shooting incident of 2017 claimed the lives of two persons on Sucker Garden Road near the third bridge Friday close to 11:00pm. Neighbours found the lifeless bodies of a man and a woman in a vehicle and contacted the police immediately.

Police spokesman Chief Inspector Ricardo Henson told The Daily Herald on scene that patrols had arrived on the scene just after 11:00pm and found the two not giving any signs of life. Police quickly cordoned off the area and started their investigation.

According to neighbours, loud shots blasted from the yard of the man, who is known as “Mablow.” Investigators saw bullet holes throughout the vehicle that had resulted in the double homicide.

Mablow and the unidentified woman were officially pronounced dead by the doctor on call and transported to the funeral home. Chief of Police Carl John also responded to the call and was present at the crime scene.

Henson said further details about the incident would be released at a later stage in the investigation.