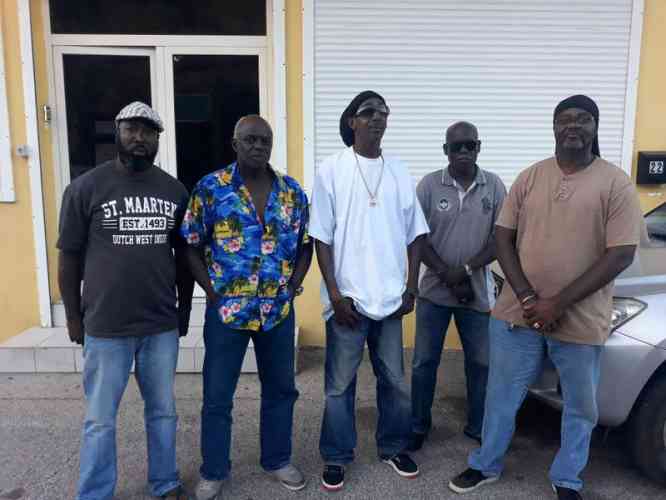 PHILIPSBURG–The Downtown Taxi Association has been operating in Philipsburg since 2015 as a legal entity and has put an unbiased system in place for members and non-members to get work on a daily basis, according to board President Glensley Emer in an interview with The Daily Herald on Sunday.

Rumours circulated on social media last week that, according to former members of the board, the association was operating illegally and has been collecting money from taxi drivers to operate in the Philipsburg area.
“This is not true. Our system allows any taxi driver to be on a list and numbered so that every driver can get a job for the day.
“We had discussions in our WhatsApp group chat about introducing a fee for non-members. However, when we found out that this was not legal, we decided to suspend the idea.
“We are trying to regulate ourselves and everybody in the Transportation Ministry knows that the system works. We have 80 taxi drivers that make use of our services on a daily basis and all have the necessary documentation to work as a taxi driver,” Emer said.
The association was informed last week by a Tourism, Economic Affairs, Transportation and Telecommunications (TEATT) Inspectorate officer that they are to stop operating at their Philipsburg location starting Saturday, March 3.
“The inspector gave us nothing in writing and said based on a complaint by five members, they have decided to take over the operation of dispatching of taxis and will control all taxis from the area starting today, Monday,” Emer said.
The Association said its members will not comply with the request, as the reason behind the move was not given to them in writing. The group will continue its operation today, Monday, and hopes that Government will take the appropriate channels to meet with the association and iron out any issues they may have.
“The Government officials see that our system works. We allow any taxi driver to come on our board for the day and be given a number in order to get a job. The system from the Government does not help. Sometimes you have drivers that leave their vehicle overnight just to be first in line or when Government controls are not present. It becomes a big problem with arguments and sometimes fights,” said Emer.
“We don’t get why TEATT only going to take one side, which is the side from the complaint, and act right away by stopping us from operating when they could just meet with us and find out if there is any truth to the many false accusations made by five members who clearly have a problem with our board.”
The board is against illegal taxi drivers soliciting in Philipsburg and is open to meet with Government about the issues the association faces on a regular basis.
“We are here trying to make a living and with 80 drivers, if something was wrong with our system, they would not be in it. We will continue working for everyone and hope that Government makes time to meet with us soon,” concluded Emer.