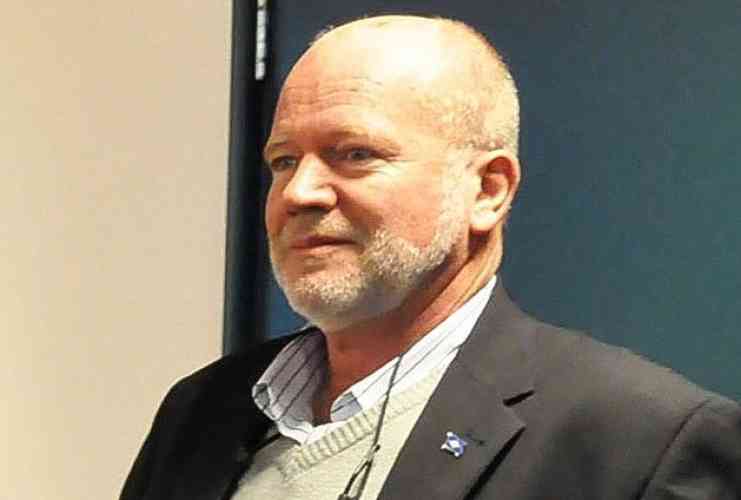 ST. EUSTATIUS–Taking notice of the news that the Dutch Government has taken the decision to side-line the government of St. Eustatius and to appoint a special commissioner who will take over the governing of the island, spokesperson for the opposition Democratic Party (DP) Island Councilman Koos Sneek said the measure was “very unfortunate” and “unavoidable.

The decision to dissolve the Island Council and to remove the members of the Executive Council including the Acting Island Government has been taken following the report, conclusions and recommendations of the Committee of Wise Men.
“As an Island Council Member, I have seen this coming for a while. I am not happy about it and it is nothing to rejoice over,” Sneek said.
“Unfortunately, our Government keeps ignoring laws and procedures. Democracy is trampled on, whereby the Island Council has become a rubber stamp. Able and capable civil servants have left, whether voluntarily or by force and have been replaced by friends and political associates,” he said.
According to the DP Councilman, contact with the National Government is avoided and almost non-existent. “Outside help is declined, unless where it concerns highly paid lawyers who are hired to get Statia into the poorly thought out autonomous status this coalition government envisions. Physically the island is in bad shape.”
Besides the recent surfacing of a 50-metre stretch of Orange Bay Road, no accomplishments can be recorded by the coalition of Progressive Labour Party (PLP) and independent Councilman Reuben during their three years in office, Sneek claimed.
“The state this government has put the island in is not just a matter that concerns the DP opposition. This way of running a government has a negative effect on the entire population. It prevents the development of our island and it stands in the way of improvement of the wellbeing of the people of Statia.”
Calling the Wise Men report a “litany of mismanagement and unlawful practices by Statia’s Government,” the Wise Men are also very critical of the National Government and how they have dealt with Statia in the Dutch constellation since 10-10-10. The DP shares this criticism, Sneek said.
“The report also advises the Dutch Government to work hard on the backlogs in areas such as infrastructure, economic development, poverty alleviation and the financial situation of government. This is already supported by the governing programme of the newly sitting [Dutch – Ed.] Government. I sincerely hope that the effects will become visible in the very near future.”
The Committee of Wise Men expects that it will take at least two years to get Statia back on track. “I sincerely hope that it will take less time and that we will be able to hold Island Council elections in March next year,” said Sneek.
He said he was “kind of surprised” that the PLP/Merkman coalition apparently did not expect this measure and had not taken steps to avoid this.
“I hope that they will not play the victim, but that they are prepared to do some serious soul searching. Although that through this measure, I as an Island Council Member, am side-lined too, I will do all in my power to accommodate the improvement of the situation of Statia and to avoid that the measure will take longer than strictly necessary. This measure must lead to a more effective and better functioning government, the enhancement of our island and to the improvement of the circumstances we are living in. Otherwise all will be in vain,” Sneek concluded.
The Island Government has not officially responded yet. Commissioner Woodley said they wanted to consult with their lawyers first.
In a brief statement Councilman for the coalition Merkman called upon the community to “remain calm and peaceful.” He said that the coalition would have a meeting Monday night to “check out this whole thing” and to sit down with their lawyers to come up with a response and provide further comment “at a later date.”
Commissioners Charles Woodley and Derrick Simmons said they had no comment at this time. They were to speak with their lawyers and will provide comment thereafter.