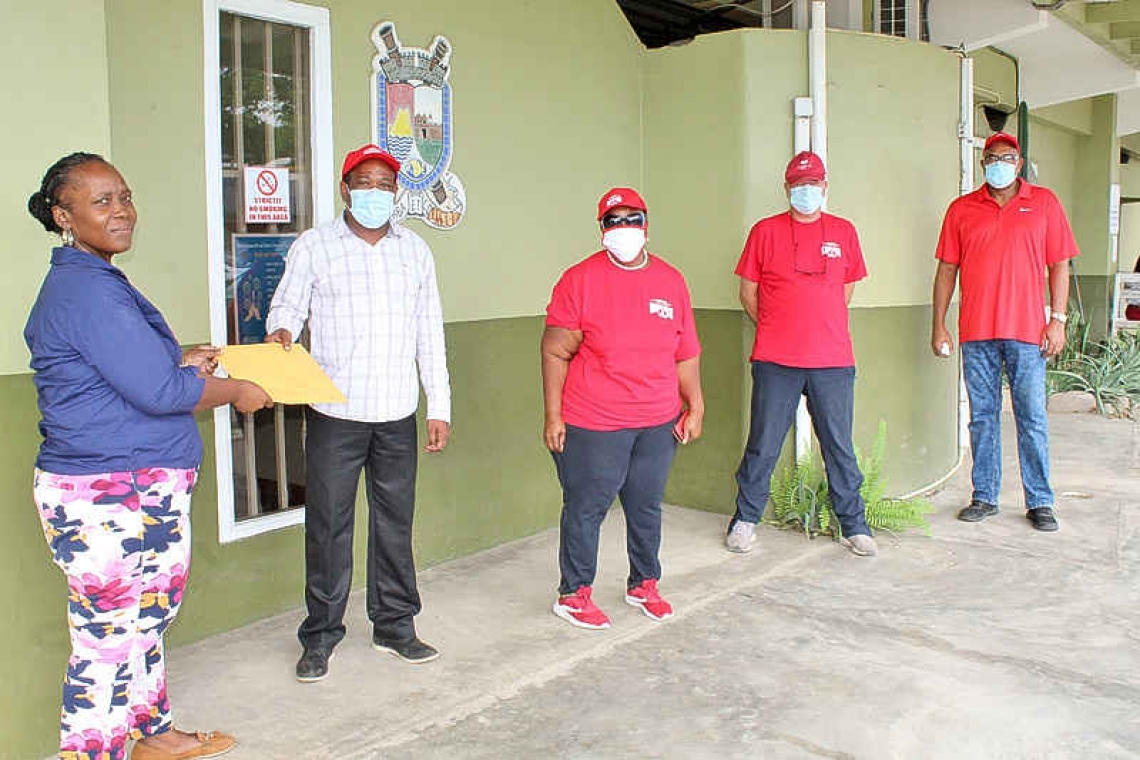 “The DP goes with confidence into the elections with a strong list of 12 candidates with a mix of experience and youth,” Sneek said.

He said Statia has been waiting for elections for a long time. The Island Council election should have taken place in March 2019, but “unfortunately” was postponed.  Sneek said the DP is encouraging everyone to come out and vote. “No matter that we are still under supervision and there is still intervention going on, it is important that we make use of our democratic right and that we are getting a democratically-elected Island Council in place again.”

He encouraged everyone to read the party programmes. “The Democratic Party has a very-well-put-together party programme which explains what the party is standing for and what we are planning to do in the coming years.”

Sneek said there are those in the community who are advising persons not to vote. He said these people are sending the wrong message.

“You have the right and the duty to exercise your voting rights and it is not only for those that are elected, but it is also in the interest of the people that we get a truly democratic representation again that will increase transparency. Right now, there are a lot of things happening that we do not  know about, and I believe that will stop once we have an Island Council functioning again,” Sneek said.