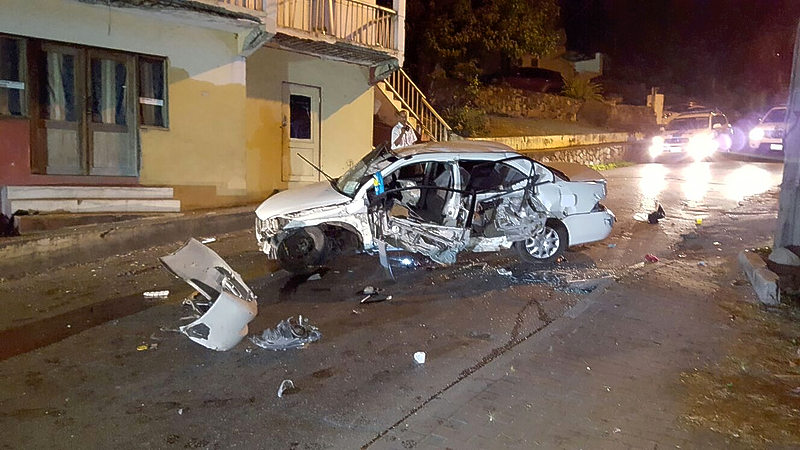 DUTCH QUARTER–The Police Traffic Department was called out urgently on Saturday at approximately 2:45am to investigate a very serious traffic accident which took place on A.Th. Illidge Road in Lower Prince’s Quarter.

On the scene the investigating officer encountered an accident involving one vehicle. The victim and driver of the vehicle with licence plate M-11206 suffered severe head injuries and after being treated by paramedics were immediately taken to St. Maarten Medical Center for further treatment.

The cause of the accident was due to driving at a high speed coming from the direction of “Tata the Bus Driver” roundabout and Mount William Hill. At the foot of the hill, the driver lost control of the vehicle and the left side of the vehicle collided with concrete steps leading to a building.

Due to the severity of the injuries the victim suffered, he was flown to the Dominican Republic for further medical treatment.